Excellence in communication had been the hallmark of the early environmental movement following the creation of the first Earth Day. David Brower, then head of the Sierra Club had worked with the Public Media Center, a non-profit ad agency founded by Herb Chao Gunther and Ad Exec turned Author Jerry Mander, who wrote “Four Arguments for the Elimination of Television,” “In the Absence of the Sacred,” and several other books.

After receiving his M.S., Mander worked in advertising for 15 years, including five as partner and president of Freeman, Mander & Gossage in San Francisco. Mander and Brower worked together, managing the Sierra Club’s advertising campaigns to prevent the construction of dams in the Grand Canyon, to establish Redwood National Park, and to stop the U.S. Supersonic Transport (SST) project.

Mander served as the executive director of the International Forum on Globalization, which he founded in 1994, until 2009 and continues on its staff as a Distinguished Fellow. He is also the program director for Mega-technology and Globalization at the Foundation for Deep Ecology. 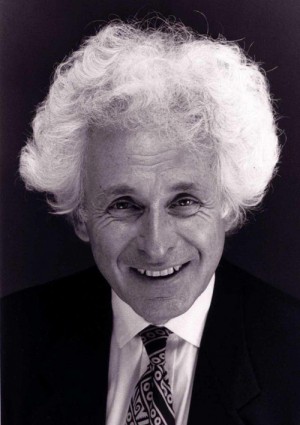 Herb Chao Gunther wrote 10 Principles for Effective Advocacy Campaigns which is created from an awareness of American Realpolitik. The full explanation may be read here http://www.thegoodmancenter.com/resources/newsletters/10-principles-for-effective-advocacy-campaigns/

1. Communicate values.
“Americans need to hear there are certain things that are good or bad for the country,” Gunther asserts. “Absent that kind of moral clarity, people aren’t going to pay attention to the details.”

2. American political discourse is fundamentally oppositional.
People are more comfortable being against something than for it. Again, Gunther draws his most convincing examples from politics. Negative ratings for candidates didn’t exist 16 years ago. Today these ratings are routinely gathered by pollsters and closely scrutinized by the media.

3. The undecided in the middle determine the outcome of a given fight.
PMC’s work with the National Abortion Rights Action League reminds Gunther that principle #3 is alive and well today. When an issue polarizes as strongly as abortion, public interest groups should not waste time and resources trying to convert true believers at either end of the ideological spectrum. As Gunther told Planned Parenthood while planning a recent campaign, “Our fight is for the muddled middle.”

4. Americans want to be on the winning side. Based on this inclination, “undecideds” frequently choose the side that appears stronger.
“Americans don’t like to feel stupid, and going for the winner is a reflection that their self-esteem constantly has to be stroked and renewed.” As evidence, Gunther points to post-election polls which consistently show more voters claiming to have voted for the winner (as many as 15%, in fact ) than actually pulled the lever.

5. Make enemies, not friends. Identify the opposition and attack their motives.
“A fundamental tenet of democracy is accountability,” Gunther emphatically states, adding “Naming names is all about accountability.” Gunther proudly points to PMC’s campaign against the proposed theme park, “Disney’s America,” that featured an advertisement portraying CEO Michael Eisner as “The Man Who Would Change History.” Gunther believes the vilification of Eisner was critical in forcing Disney to cancel plans for the park, and he encourages public interest groups to employ a similar strategy. “CEO’s are confined to a statesman like role. This limits their ability to fire back. Don’t be afraid to attack!”

6. American mass culture is fundamentally alienating and disempowering.
“Most people don’t think they belong to this country in one way or another,” says Gunther. Several factors stoke these feelings of alienation: racial and ethnic divisiveness, class conflict, the sheer size of the country, and technology that leaps ahead faster than our wisdom to use it. Consequently, Gunther believes it’s more important than ever for public interest groups to educate, empower, and motivate their target audiences as part of their campaigns.

7. Target a few key audiences and strategize for social diffusion through opinion leaders, not by reaching the mass audience.
“When surveys say the majority of Americans feel they don’t count, why spend so much of your resources trying to talk to them?” Gunther firmly believes it’s better to have somebody else talk to them directly, so PMC’s ads are designed to find and educate that select group who will deliver the message for you. And exactly how many people are we talking about? “Nine times out of ten, you need to convince about a thousand people.”

8. Responsible extremism sets the agenda.
“What Rosa Parks did was a responsible extremist act in her time. Aside from the anarchists, what happened in Seattle around WTO was responsible extremism.” Given this definition, Gunther maintains principle #8 is still valid, even if it relies on the work of controversial or so-called “fringe” groups. “The reason that Sierra Club negotiated a settlement with a lumber company is because Earth First was doing what they do.”

9. Social consensus isn’t permanent and must continually be asserted and defended.
“I have to characterize citizenship in this country as a state of somnambulance.” Given a sleep-walking populace, Gunther warns public interest groups that the passage of a law or election of a candidate is not the end of the fight. David Brower, founder of Earth Island Institute, once said, “There are no victories in the environmental movement, only stays of execution.” Principle #9 extends this maxim to all public interest issues.

10. Strategic diversity is essential to the success of social movements.
“Biological diversity is nature’s strategy for survival,” Gunther says, “and we have to recognize the message for our movement.” When you put out a single message, he warns, you make it very easy for the other side to figure out how to respond and how to take you out. You also fail to recognize that you probably have to move several constituencies at once (e.g., the public, business leaders, politicians), and each constituency deserves its own highly-targeted message.

From the advocacy perspective, Environmental Communication is values driven, designed to persuade and engage, and differentiate itself through strong positioning. It targets opinion leaders at key “choke points” and utilizes media to achieve “social diffusion.” It also attacks weak points of opposing organizations though these organizations may be more powerful. As Chao Gunther points out “CEO’s are confined to a statesman like role. This limits their ability to fire back.”

In the interim years since Chao Gunther’s 10 points have been written, corporations and their legal and risk management departments, playing an increasingly important role, have become even more reactionary and backward facing — less capable of participating in a values driven conversation in any form. Values therefore become an even more significant element of differentiation because in shifting the debate away from tactical rhetoric and into authenticity and moral clarity, we engage on terms for which there is often no credible counter argument.