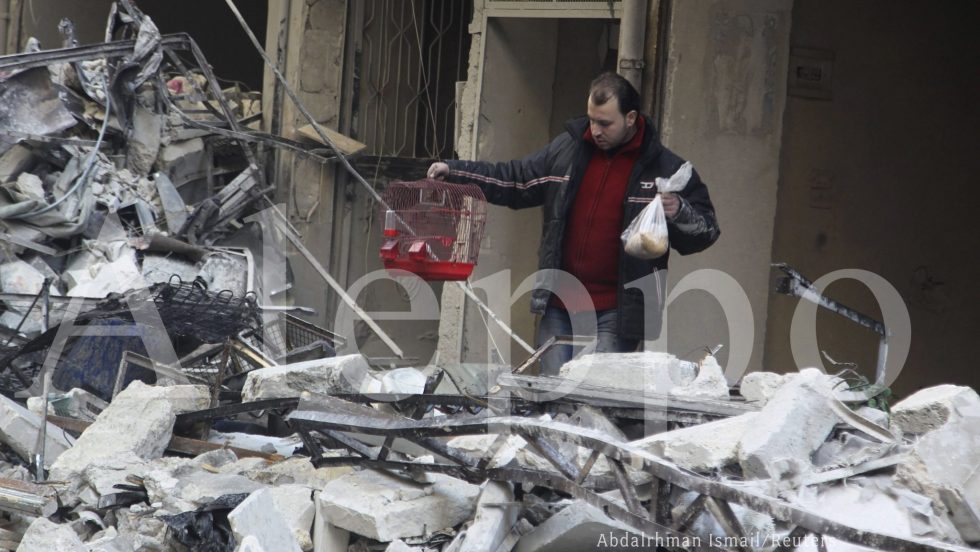 The problem is when people say “fight the good fight” what that means usually is you’re going to lose. The good fight is a heart warming loss that externalizes the responsibility. Aleppo is not that. False promises, lack of heart and values doomed her and her people. I wasn’t put here for that – neither were you.

While the “left” and “right” chatter and look for boogey men under the bed – instead of looking into themselves and confronting their own inconsistencies of heart and mind, Aleppo fell, and Standing Rock rose in prayer and ceremony.

In my own experience, fighting to stop energy development in the California deserts, development that would destroy environment, habitat, and native culture to enrich the few, three projects or more were throttled, unsettling energy markets and companies from Berlin and Madrid, to Washington, Tel Aviv, and Bejing, with a siren call for environmental justice and cultural and environmental protection in the age of climate change.

Earlier, in the campaign to restore the Elwha River ecosystem and remove salmon killing dams, I witnessed a spectacular victory and participated in it. The victories I am talking about came on battle lines defined by two elder Native women, leading the “charge” with “Do the best you can.” No philosophizing, predicting the future, or half hearted actions.

In California, the victors are the biblical “meek,” the activist, the Chief, the deaf elder, the shaman, the woman/wife, the beloved daughter abused in school, the hairdresser. These are your warriors/winners, these are your victors, your undefeated, your protectors of soul and democracy – 5 for 5, while energy companies went 1 for 4.

Now we need to teach not talk, unite not divide.