The resulting images show the hydrology and geomorphology of the riparian ecosystem before removal of the two industrial power dams on the river began in 2012.

One person fine art photographic exhibits were mounted in the following venues:

Exhibits in California venues extended the outreach and awareness of the 300 million dollar restoration effort, the largest in the world. 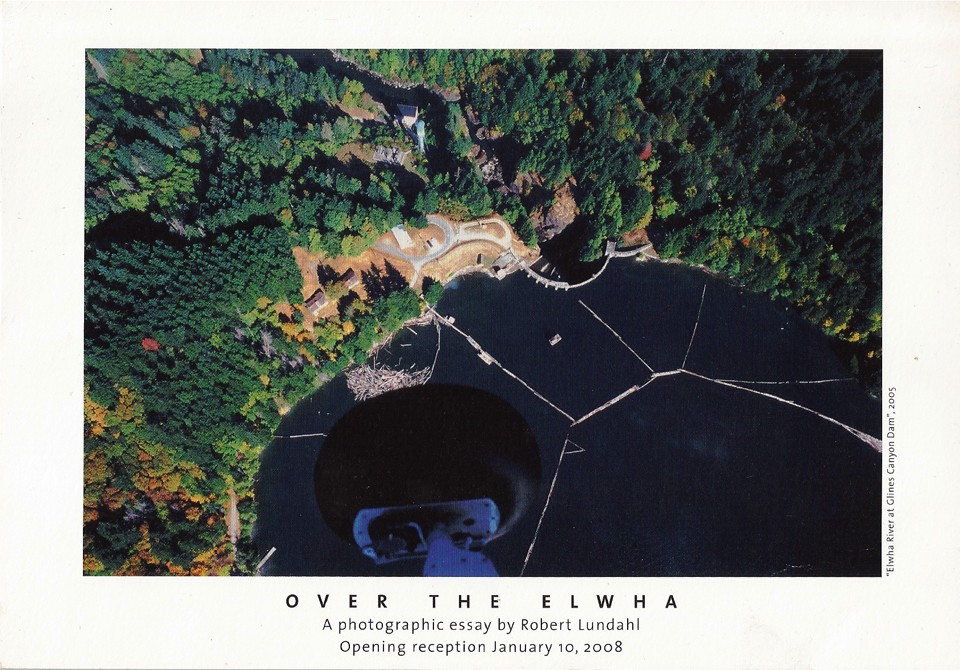 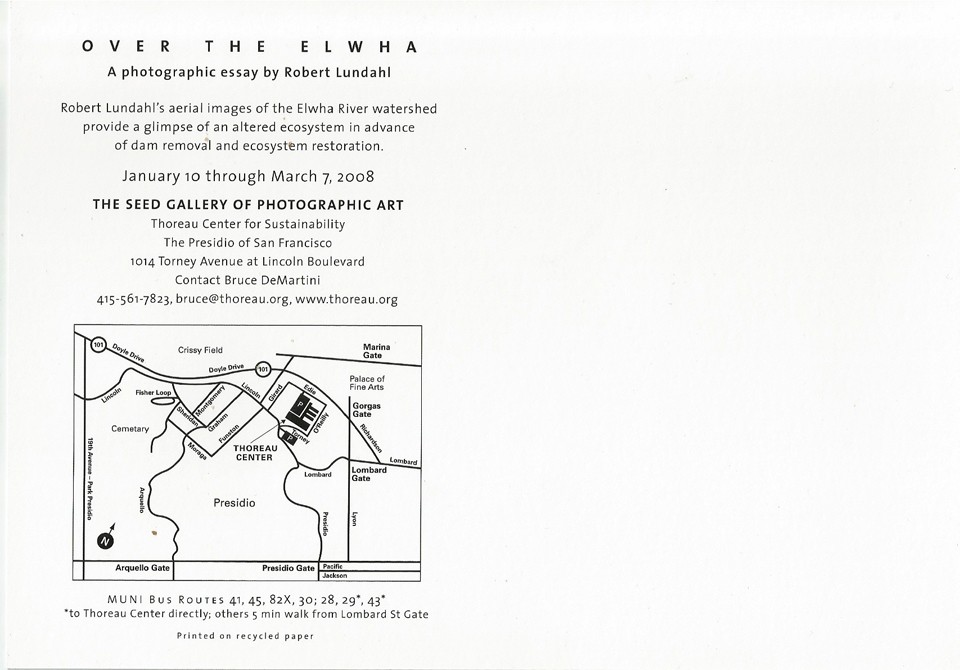 Of the dam removal effort, Senator Bill Bradley, (D) New Jersey spoke these words on September 16, 2011, to the Elwha People:

…when the salmon return, when the dippers and the herons and beavers and bears crowd the banks, when the life of the ocean and the mountains are joined again, when justice is done for native people, you will have here something that moves and inspires people thousands of miles and continents away from here. It will be compelling, empirical proof of the health and practical genius of our own democracy.

They will see the tangible power and great beauty of what you have achieved.

We are restoring honor. We are keeping promises. We are doing the right thing.

It will be the great gift of the Elwha – Hope.” 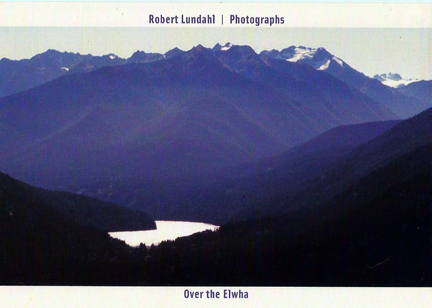