As global concerns become institutionalized through language and programmatic expression, humans rely on definitions to describe beneficial practices and actions. 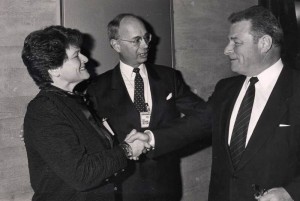 The concept of Sustainability as a definition originated with Gro Harlem Brundtland, a former Prime Minister of Norway. In 1983, United Nations Secretary-General Javier Pérez de Cuéllar invited Brundtland to establish and chair the World Commission on Environment and Development (WCED), AKA The Brundtland Commission. In the course of public hearings, the commission developed the broad political concept of sustainable development. The commission’s report, “Our Common Future,” described sustainable development as, “development that meets the needs of the present without compromising the ability of future generations to meet their own needs”.

As with most institutionalized definitions, an important consideration is who or what is doing the defining.

In this case, the United Nations sought to incorporate an environmental agenda into strategic planning and development goals. While “Our Common Future” signaled the beginning of the usage of specific terminology, i.e. “Sustainable Development,” later shortened in usage to “Sustainability,” it was not the beginning of the concept, or the recognition of the need to consider future planning from the standpoint of the natural sciences.

Fundamental to an understanding of the interrelationships of species and resources, food, water, and incorporating the presence of “pollution,” or substances originating outside a natural eco “system,” negatively impacting that system, is the term “carrying capacity.”

Carrying capacity is a concept that relates to the biological issue of scale.

It was originally applied to population environments that were simple, like the number of sheep or cattle that could be grazed on a parcel of land.

With regard to definitions we need to consider also the inputs or assumptions they carry. For example, carrying capacity related to non-adapted or imported/exotic species like cattle in North America, where the dominant native large herbivore was the Bison, represents a one dimensional construct or framework of understanding that mis-identifies the analysis. The carrying capacity of human mitigated environments is not necessarily relevant.

In this regard, carrying capacity is not simply a matter of scale, but of perception and practice, ideas, right or wrong.

Populations that increase rapidly while food and habitat are abundant, and then slow down as regulatory factors such as lower birth rate and reduced food availability come into play exhibit the sigmoid pattern. As the rate of population growth slows down to zero, the population reaches a fairly stable level. This pattern is referred to as K (for constant) selected species.
In the other pattern –– the peak phenomena, regulatory factors do not come into play. The population increases rapidly to the point where it exhausts the resources upon which it depends. At this point, the population collapses to a low level. When resources are replenished the population again increases; the process is then repeated. This is referred to as the “r-selected” species.

The concept of carrying capacity began to be applied to humans in the 1960s. It was realized that the consumption habits of humans are much more variable than other species. For this reason, it was thought to be more difficult to predict the carrying capacity for humans. This led to the implementation of the IPAT Equation. The IPAT Equation was one of the earlier attempts to describe the role of multiple factors in determining environmental degradation.

Here, environmental impact (I) may be expressed in terms of resource depletion or waste accumulation; population (P) refers to the size of the human population; affluence (A) refers to the level of consumption by that population; and technology (T) refers to the processes used to obtain resources and transform them into useful goods and wastes.

The big question for human civilization is whether we are a K or r-selected species; whether we will reach a stable level that can be sustained for an indefinite period; or whether we will grow to a peak and collapse.

What humans choose to do is the biggest variable in climate change science.

Later this year, France will be hosting and presiding the 21st Session of the Conference of the Parties to the United Nations Framework Convention on Climate Change (COP21/CMP11), otherwise known as “Paris 2015.”

COP21 is intended to achieve a new international agreement on the climate, applicable to all countries, with the aim of keeping global warming below 2°C.

Here Laurent Fabius, minister of Foreign Affairs and International Development, introduces the conference with a stark assessment, “We are the first generation to become aware of the problem and yet the last generation that can deal with it.”

Climate change is not the only driver of sustainability, but if, as Fabius suggests, it is the most compelling one, for in his words the world will stand “face to face with its future,” humans also stand face to face with a problem of enormous complexity, far beyond IPAT’s limited assessment.

Layers of re-definition accumulate atop the originals. Brundtland’s key definition of Sustainable Development –– development that meets the needs of the present without compromising the ability of future generations to meet their own needs. has been (perhaps) conditioned through subsequent usage as including the addendum “not sustained growth.”

(Sustainable Measures, Developed by US EPA Office of Sustainable Ecosystems and Communities (OSEC), under a cooperative agreement with Lowell Center for Sustainable Production, University of Massachusetts, Lowell. Copyright © 1998-2000 Maureen Hart. All rights reserved.)

But as with all definitions we must also consider whether any assumptions are valid as to accumulated knowledge or civic memory rather than simply taking account of new definitions as “random snapshots” of a multi-plicitous reality whose unity, progression, or cumulative utilization of language based agreements, content or semiotics cannot be assured. 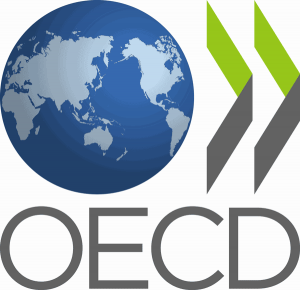 Organization for Economic Cooperation and Development

As we look to the history of sustainable development or sustainability policy awareness, and therefore to the pre-definitional use of the word itself, The Organization for Economic Cooperation and Development (OECD) in 1960, defined goals as:
“…achieve the highest sustainable economic growth and employment and a rising standard of living in Member countries, while maintaining financial stability, and thus to contribute to the development of the world economy”

Here we question “meaning” in light of the language, comparing the OECD’s practical definition of “Sustainable,” in light of Brundtland’s. Can we assume Brundtland’s definition “builds on” OECD’s? OECD requires a “rising standard of living,” while Brundtland’s substitutes the term “development,” non-specific with regard to implications of financial “growth.” Finally, Sustainable Measures, in “on the ground training” for corporations and communities, further offers “redefinition” as “not sustained growth.” Such scholarly “cherry picking” does not indicate a social agreement, evolution of thinking, or pathway forward.

Are these variations reflective of continuing uncertainty regarding the balance of economy, society and environment (The Three Pillars of Sustainability)? 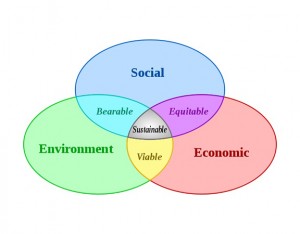 “The ‘Chief Sustainability Officer,’ sometimes known by other titles, is the corporate title of an executive position within a corporation that is in charge of the corporation’s “environmental” programs. Several companies have created such environmental manager positions in the 21st century to formalize their commitment to the environment.”
-Wikipedia

Measures like Corporate Sustainability programs, following a paradigm set by CSR (Corporate Social Responsibility) models, report on efficiencies in key indicators. A different office may well handle policy, and “Vision” may originate with the CEO.

Finally, sustainability practices may be adopted sporadically, or implemented inconsistently within any organization or company.

The uniquely human adaptive strategy of recognizing reality isn’t necessarily what we say it is has manifested in community movements which avoid “top down” definitions of sustainability altogether.

In the case of the sponge, animals of the phylum Porifera, which lack a central nervous system, cells exchange information more readily and equally with one another. Strangely, proteins made by the sponge genes were found to interact with one another in ways similar to proteins in human synapses.

“Not only do they have [human synapse genes], they also have this signature that they may be functioning in a similar way in the absence of a nervous system, as they do in the presence of one,” says Todd Oakley, an evolutionary biologist at the University of California, Santa Barbara (UCSB). 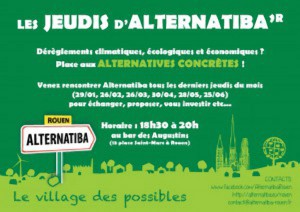 One such human network, Alternatiba, seeks to mobilize society. Alternatiba events raise people’s awareness and stimulate behavior change. Events provide hundreds of alternatives in order to raise people’s awareness, and have been or will be organized in over sixty different French and European cities. Additionally, these initiatives aim to put pressure on politicians, especially with regard to the upcoming United Nations Framework Convention on Climate Change.

As society’s leaders, corporations, and citizens begin a process by which each can walk with the other, it becomes clear that corporate sustainability report cards and policy definitions, however helpful, fall short in uniting diverse communities creating real change in both indicators and behaviors.

What the human race has up its sleeve is values –– and the ability to communicate the values and benefits of working together. Computing the tonnage of GHGs not released into the atmosphere, miles not driven, trees conserved, and water not used, is, in itself a silo-ed approach. Net-zero is the only measurement of success on the environmental balance sheet.

The moral and ethical dimensions of sustainability are something else. Nothing is sustainable if humans are not sustainable with each other. In the higher echelons of public apparatus, the Pope, a Prince and a President have weighed in, along with the World Bank, leaders at the World Economic Forum, and organizers of Cop21, or Paris 2015.

“The pope’s attention to climate change …highlights the plight of the poor and the moral dimensions of environmental issues. It also comes as a welcome counterbalance to the fixation on global-scale human influence on the environment that, for better and for worse, has come to define the Anthropocene – the name attached to the age of human dominance over the planet. ”

“[This is] an absolutely crucial opportunity, if not the last chance before we end up in an irreversible situation, for the international community to establish a new set of interlocking, coherent and ambitious frameworks governing human development, poverty, disaster risk reduction, the natural environment and climate change. We could, and should, see an agenda set for the coming decades that is capable of transforming the prospects for humanity by improving and nurturing the state of the planet upon which we all depend.”

“Today President Obama raised the bar with a stronger rule and by doing so he has sent a definite message and much overdue comprehensive acknowledgement that climate is a civil rights and moral issue as well as a health, economic, and environmental issue. Implementation of the rule must require states to conduct a compliance review under civil rights and environmental justice laws. This includes the President’s Executive Order 12898 on environmental justice and health, Title VI of the Civil Rights Act of 1964, and the National Environmental Policy Act.

Beyond climate change concerns, reductions in power plant pollutants will reduce environmental and public health problems, including acid deposition, fine particle air pollution, mercury deposition, nitrogen deposition, ozone smog, and regional haze. Thousands of premature deaths will be prevented each year. Hundreds of thousands of asthma attacks will be a shameful tragedy of the past. Today is a especially good day for communities of color suffering disproportionally from the effects of pollution.”

Only community involvement, to prevent disproportionate impacts in rural communities, communities of color, and economically disadvantaged communities can ensure a reasoned and democratic approach to climate change policy implementation. In this light, our ability to reach equitable, moral, or ethical solutions is yet another variable of the human condition and the human’s survivability potential, a potential based on future choices.