We’re going to have to open up like never before.

It was 22 years ago that I made my way to the Elwha River, a river flowing north into the Strait of Juan de Fuca, across from Victoria, Canada. The area had been called “The Last Frontier,” and the “Spiritual Cousin of Southeast Alaska.” That is to say it is remote, intensely rural, and bounded by 75 miles of wilderness to the south in Olympic National Park.

When I arrived, the “Jobs vs. Owls” wars were in full swing. A spotted owl was nailed to a telephone pole outside town. What occurred during “Redwood Summer” in Mendocino, demonstrators preventing logging of old growth forests, was happening also at Clayoquot Sound in Canada. In Washington State, the nearby town of Port Angeles had been a center for the logging and fishing economy. Resources depleted, the anger here was palpable, and on more than one occasion I envisioned a Silkwood-like ending, being driven off the road in the middle of the night by a guy wearing camouflage.

In this modern environment lived the Klallam people. Their villages had once extended over a wide area including most of the Olympic Peninsula. There were village sites on the Lower Elwha River, close to the ocean, or Strait, and on the upper river, in what is now Olympic National Park.

In the early years of the 20th century, two dams had been built on the lower river, over which the salmon could not pass. The salmon had sustained the Klallam, and were the basis of their economy and their sustenance.

When the dams were built, a massive die off of fish occurred, one that was eventually protested by and which had raised alarm from Native and non-native people alike. It was oblivion for a resource that included 11 stocks of ocean going (anadromous) fish including Chinook, and Pink Salmon.

Pink salmon returnns totaled 200,000 fish every two years. It was the die off of Pinks that particularly incensed the local people. The Klallam were not allowed to take the freshly deceased salmon for food. They had already been prevented from fishing, and if they were caught with a fish, in the new “white” community of Port Angeles, they could be taken to jail.

My interest in making the film was guided at that time, in part, from my familiarity with the work of anthropologist Franz Boas. Edward Curtis’ film, “In the Land of the Headhunters,” the first feature film made in British Columbia, recognized Northwest tribal culture. It was my intention to revisit these peoples in the modern day. I found their modern era presence to be distressed and their situation, perhaps, dire. Yet the Klallam had not given up on the idea of restoring their river and the bounty which had sustained them since time immemorial.

There had been an act of Congress in 1992, brokered by Senators Bill Bradley of New Jersey and Brock Adams of Washington, which mandated Elwha dam removal and ecosystem restoration. But such a thing had never been done, and there was no certainty that funding would be available, particularly during an era highlighted by the Republican rise in the Senate and House (The Contract with America), and by the animosity on the ground, as society began to debate what were were doing to the forests and the rivers of America.

There had never before in modern times been an attempt at restoring an ecosystem, though the Everglades was also named as a project in the queue. I heard during this time, repeatedly, that the idea was “impossible.”

Our filmmaking team arrived on the Klallam lands, now, reservation in August of 1993. By the consequences of events, I arrived at the door of the Elwha Indian Shaker Church. There was a dinner and then a “Shake,” an all night religious/spiritual event.

At dinner I was treated to elk, potato salad, and Jello. I met tribal people and some stories were told. Some families had fled oppression in the United States during the 1800s and located in Canada, then returned. It was the beginning of an education that would continue for the next 8 years or so as I endeavored to make a film on what had happened to the river and to the Klallam people.

Inside the church, with two long wooden benches, men sat on one side, women on the other, Spiritual leader Oliver, Bosco Charles stood up before the congregation. “We have guests here tonight” he would say, “We’re going to have to open up like never before.”

We heard you want to hear a story.

Dedicated and intellectually captivated by the anthropology, the ecology, the policy implications, I returned over the period of almost six months with little actual filmmaking, or storytelling to show for it. Some Klallam resisted telling their story.

It was the first week in March, 1994, when the sun first shined after a long winter. The sun shined for a week.

Down the road to the hatchery walked two grandmothers, Bea Charles and Adeline Smith. Adeline and Bea were best friends. They had stuck together through all, from childhood.

Adeline spoke first. “We heard you want to hear a story.” I said “yes, Adeline that would be fantastic.” She said, “You mean the one about my mother’s farm and how they tried to put the water through to the mill and built a pipeline right through the farm and killed the dogs and the chickens.” “Yes, Adeline,” I said, “that would be the one.”

With that introduction began a long relationship with these two fine women, modern and practical, quick with a laugh — we had a deal. That deal was that they would teach me and I would be a good student. The relationship lasted until their deaths. Audio recordings completed with them over a period of years told the story of the modern (and not so modern) history of the Klallam people.

Coming at a time referred to as “the dark days,” history was preserved, the will of the people expressed, scientific leadership for the tribe in the restoration effort established, and an unresolved history of the most unsavory relations between cultures acknowledged.

When the film was screened in Port Angeles to an audience of over 500 people, one of a series in Northwest towns and cites, and in the San Francisco Bay Area, the era of “darkness” ended.

In 2012, two industrial “High Head” dams, which had blocked salmon runs to the river for almost 100 years, began to be removed in the largest dam removal and ecosystem restoration effort in the world. 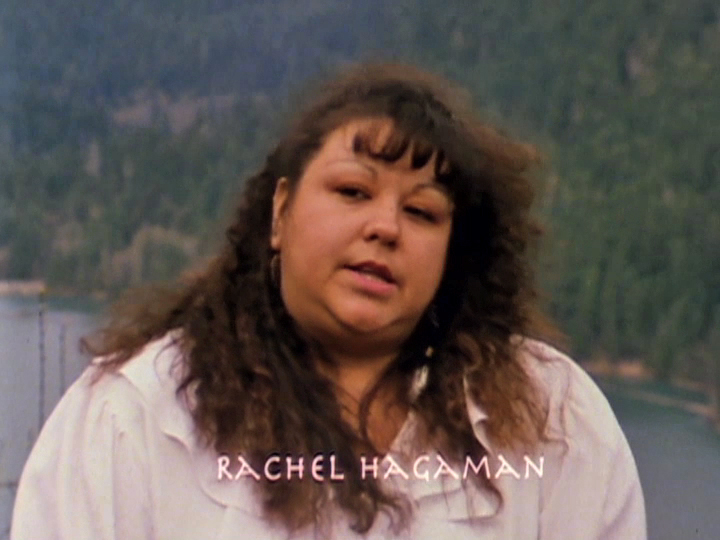 I know in my heart that your film and the work you did had a huge impact on the ways things turned out.

Just wanted to say hello, and ask you how you are doing? Hope things have been going well for you and yours. Things have been okay for my husband and I. We are getting ready to go fish for chum salmon. I am sure you have heard by now, the fish are already starting to utilize the habitat up above where the projects used to be located. It is awesome, and it is going to keep getting better. I just want to say that I know in my heart that your film and the work you did had a huge impact on the ways things turned out and I am still very grateful to you for that work you did. Well I should go now, but I am hoping the best for you and yours, and wanted to say hello. thank you again. 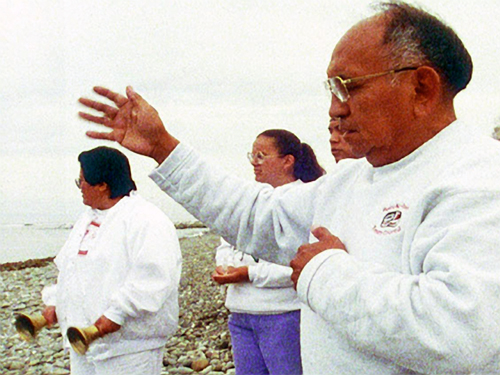 “It will be the great gift of the Elwha – Hope.”

In retrospect, filmmaking can be an art and a craft. But on the Elwha it became something greater.

Senator Bill Bradley, who helped broker and initiate the Elwha River Fisheries and Ecosystem Restoration Act of 1992, spoke thusly, upon the beginning of the dam removal process to the Elwha People:

“…when the salmon return, when the dippers and the herons and beavers and bears crowd the banks, when the life of the ocean and the mountains are joined again, when justice is done for Native people, you will have here something that moves and inspires people thousands of miles and continents away from here. It will be compelling, empirical proof of the health and practical genius of our own democracy.

This will be the place where our children, grandchildren and great grandchildren can see the life of the planet restored. They will see the tangible power and great beauty of what you have achieved. We are restoring honor. We are keeping promises. We are doing the right thing.