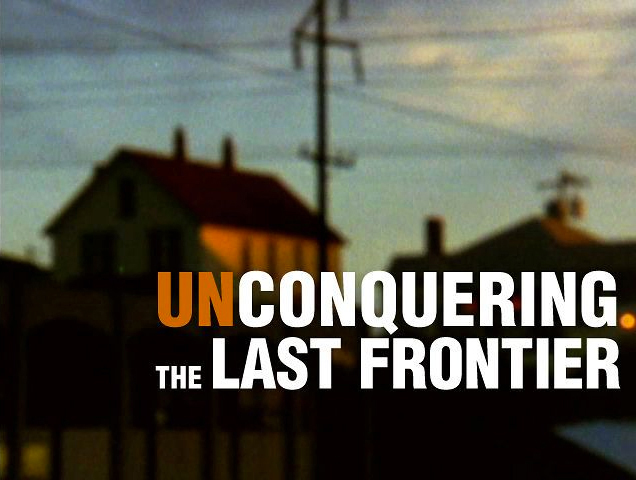 …he spent the 1990s documenting a battle by the Elwha Klallam, a tribe on the Olympic Peninsula, to remove two salmon-killing dams on the Elwha River. To many people’s surprise, that battle was successful. The Elwha Dam was finally demolished last year, and the Glines Canyon Dam demolition should be complete sometime this year.

Lundahl’s film documenting the campaign to remove the dams, “Unconquering the last Frontier,” took him almost ten years to make, but in a way the film made him as well, bringing him into close communion with the Elwha Klallam people.

You cannot make films involving this depth and history — dating to the 1830’s, involving original research and interviews and first person accounts from the early 1900s — without developing an ongoing trust and familial involvement with the community, Lundahl says.

Arriving in the desert, he found himself in the middle of a battle that seemed eerily similar to the Elwha dams issue: Native people whose life ways were threatened by renewable energy generation. In the early months of the Obama administration, an unprecedented number of solar projects had been fast-tracked for construction on public lands in the desert — lands held to be culturally vital by the Native people in that desert. It was (and is) one of the most widespread assaults on the landscape in the history of European settlement. Some of the people who would have been likely to defend the landscape in the past, the environmentalists and allies who had worked with desert tribes to help stop the Ward Valley nuclear waste dump came down on the other side when industrial desert solar was at issue. Suddenly, when the climate change argument came into play, the desert seemed expendable to the urban greens.

It was in this context that Lundahl brought his camera to the desert, to the halls where agencies held scoping meetings for seemingly innumerable projects, to demonstrations and spirit runs, and to the sites of the proposed projects.

The film focuses most closely on damage to geoglyphs done by the now-bankrupt developers Solar Millennium, but the Ivanpah Solar Electric Generating System, the Genesis Solar Project, and the mothballed Rio Mesa and Imperial Solar Two projects also come up for discussion.

Lundahl interviewed Native elders from Reverend Ron Van Fleet of the Fort Mojave Tribe to playwright-actor Preston Arrow-Weed of the Quechan to the charismatic Alfredo Figueroa of the group La Cuna de Aztlan. He interviewed desert biologists, utility engineers, anthropologists and activists, poets and tribal officials. On one occasion, he captured BLM staff completely whiffing public questions about the degree to which they’d followed federal law in consulting with affected Tribes in the discussion of the then-proposed Rio Mesa solar plant.

Lundahl’s involvement in the issue went far beyond merely documenting events: he also became a key player in some of the campaigns against individual projects, an echo of his becoming deeply involved with the Elwha Klallam. I’ll describe that aspect of his work in greater detail in a forthcoming piece.

Lundahl’s colleague John Boyd, an Elwha Klallam writer, signed on to the project as Associate Producer. Boyd and Lundahl wrestled a daunting amount of footage into remarkably concise form that somehow still preserves a desert pacing. The result, an hour-long documentary still in post-production, is one of the most important documents on the solar desert land rush so far produced.