Nothing is perfect in this world, says Alfredo Figueroa, Chemehuevi Cultural Monitor and Founder of La Cuna De Aztlán Sacred Sites Protection Circle. There are many beginnings and many endings. It is the beginning which sets the story in motion; and therefore determines what we see and how we see it. The desert and the West is a place of many such beginnings and endings.

When I was a student at the University of Oregon, one of my professors was a television Art Director and painter named Bob (Robert) Kostka, now deceased. Bob had studied at the New Bauhaus in Chicago, founded by a generation of emigré artists and architects from Europe after World War II, who had fled the Nazis. As a young student, my early readings about the Bauhaus had focused on architects such as Mies van de Rohe, and Walter Gropius, famed for “modernist” buildings without ornamentation. The great French/Swiss architect Le Corbusier had been an influence. Le Corbusier had called buildings “Machines for Living.”

My beginnings therefore in a professional education that would lead me eventually to corporate communications and filmmaking, was ‘Cartesian,” seeing the human-built world as a kind of “clockworks.”

Kostka, however, perplexed me. He had seen in me at that time a kind of intellectual rigidity and sought to dilute it, actually he wanted to annihilate it. You’re a good talker, he would say.

First, Bob introduced me to the great English filmmaker, Nicolas Roeg. Nick had started his career as second-unit director on David Lean’s Lawrence of Arabia. A desert film with few parallels. Wikipedia states, “A characteristic of Roeg’s films is that they are edited in disjunctive and semi-coherent ways that make full sense only in the film’s final moments.” It was another desert film, “Walkabout (1971), which completed the destruction of my Post War American “Rationalism.” 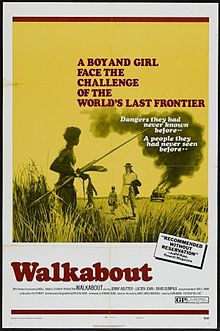 Nick Roeg’s distrust of civilization mirrored Bob’s. Not content with the ordinary perspective (and life) of a Chicago Art Director for PBS station, WTTW, Bob spent a great deal of time in Taos, NM, where he befriended the great Western writer, Frank Waters. Bob Kostka had photographed Waters on several occasions, and some of these pictures appear on the dust jackets of his books. 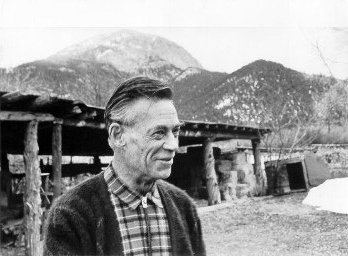 One of Frank Waters’ seminal books was Book of the Hopi, which he wrote with Oswald White Bear Fredericks. Book of the Hopi correlated the stories and prophesies of the Hopi clans and made them available in written form for the first time.

The Hopi and the Chemehuevi of the Colorado River Basin share elements of a worldview that matter today. Both speak of great migrations of peoples following the end of the Fourth World, a world ended by flood, caused by, what we can surmise today, a warming of the Earth. “Everybody has a flood story,” says Figueroa.

Chemehuevi Cultural Monitor Alfredo Figueroa, who is one of the subjects of the film documentary, Who Are My People?”, discusses this ancient narrative of beginnings and endings, and how it is visible on the ground today in geoglyphs and petroglyphs, many of which are, unfortunately, in the path of “civilization”, as the world’s energy firms seek to build in the Mojave and Colorado Deserts. Waters’ work similarly touches on the tragedy of lost moments (even lost histories) in times of tumultuous change in his great Western novel, “The Woman at Otowi Crossing,” which describes the advent of the era of nuclear testing in the West.

As Sigmund Freud points out in “Civilization and it’s Discontents”, Civilization requires conformity for some very good reasons. However, our notion of what civilization is at any given moment may be based on a version of reality that has outlived its usefulness. Kostka, Roeg, and Waters in no way were conformists. What each sought through the connection with ancient peoples was a grounding vision and lesson in Earth-based cultures, that allowed them both a psychological and physical perspective to be more realistic and sustainable in their thinking.