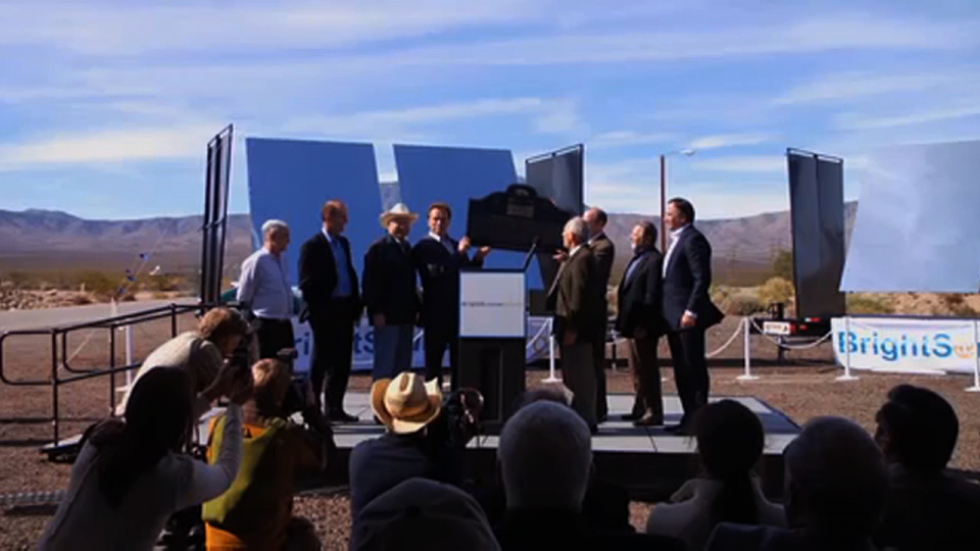 Might makes right so the saying goes. Arguably amid the power dynamics of our systems and civilizations there is no greater power than that in the hands of energy producers on a planet choking in the aftermath of a fossil fuel consumption binge.

As world leaders meet in the elite confines of Davos, Switzerland for the 2015 World Economic Forum, whose topic is, predictably, Climate Change, many a writer might be tempted to ingest arsenic rather than parse the details of new climate strategies or rehash failed attempts at taking action. Amid this climate of despair we take insights where we can find them, and two articles appearing yesterday in the Guardian provide a clear focus on systemic failure and institutionalized ignorance.

“It is profitable to let the world go to hell” tells the story of Jørgen Randers, who back in 1972 co-authored the seminal work Limits to Growth, which “highlighted the devastating impacts of exponential economic and population growth on a planet with finite resources.”

“The capitalist system does not help,” says Randers. “Capitalism is carefully designed to allocate capital to the most profitable projects. And this is exactly what we don’t need today.” “We need investments into more expensive wind and solar power, not into cheap coal and gas. The capitalistic market won’t do this on its own. It needs different frame conditions – alternative prices or new regulation.”

In other words, Randers suggests, despite the interest of progressive companies in promoting and financing renewable implementations that are constructive and economically positive, the overall inclinations of the markets are the reverse, procuring the cheapest energy at the cheapest price, plunging society into a downward spiral of pollution and environmental ravagement. When it comes to more regulation or higher taxes, Randers says voters tend to revolt and, as a result, politicians will continue to refuse to take courageous steps for fear of being thrown out of office.

Thus systemic impediments to cheaper, greener energy will remain the norm for some kind of future time frame. With sea levels predicted to rise over the next 30 years 23-28 feet, this does not bode well for strategies of climate change mitigation.

Al Gore’s: “Oil companies use our atmosphere as an open sewer” continues the shock and awe at the status quo of the past 100 years. “It’s not possible to listen to petroleum industry executives defending their reckless extraction of oil without feeling that we are living in an age of madness,” he says, despite the fact that Gore family oil interests in Occidental Petroleum were harshly criticized during the 2000 election. The article continues that Gore, despite being perceived as a climate change moderate, thinks all the world’s hydrocarbons will continue to be burned until the end of the century. 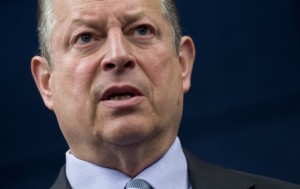 In the article, Gore purportedly acknowledges that the burning of all reserves would almost certainly lead to temperature rises of up to 4C, and to that he argues the best way forward is to focus on limiting the damage through such technologies as carbon capture and storage, technologies which are unproven. Such blind obeyance to the scientific dogma that technologies will solve unsolvable problems before they become even more unsolvable is disingenuous drivel following a century during which this thinking has been stripped of any validity one hundred times over. When, might we ask, does science step in and save us from ourselves if it has not already? Gore’s future facing predictions conveniently justify, excuse, and paper over his family’s past-facing investments and actions in a “greed to green” cover up of epic cognitive dissonance.

In light of such circular head spins of logic that are accepted as truths by the operational mindset of planet Earth’s minders and executives, let’s be truthful in the analysis that the cheapest energy at the cheapest price is located on land that can be obtained with the least opposition. Canada’s tar sands fit this criteria. Located in Northern Alberta, these energy resources are home to Indian Nations that for the most part of the last century practiced substance living. The same might be true for those indigenous communities at the output end of pipelines at shipping ports on the Pacific where peoples have survived depressions eating salmon and potatoes. Capital resources for legal defense and federal lobbying have not traditionally been part of per capita output of these areas. So today these communities began opposition to such large infrastructure projects affecting their lands from an enormously disadvantaged position.

From Northern Alberta, to California’s Mojave desert, the forested river valleys of Xingu in Brasil, and the Andean homelands of the Achuar in Peru, the Ogoni Delta of Nigeria, energy companies have willfully left a toxic trail of the most noxious pollution, destruction of lands and food sources and effective genocidal strangulation of cultures in their wake. According to Gore and Randers, we should not expect this pattern of abuse to come to a halt any time soon.

In the case of Al Gore’s Occidental Petroleum, a relevation of sorts, however, was gained. 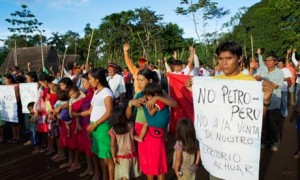 Oxy’s environmental practices in Peru’s Corrientes River Basin, where the Achuar live, were extensively documented in the 2007 report, A Legacy of Harm: Occidental Petroleum in Indigenous Territory in the Peruvian Amazon, which ERI co-authored with Racimos de Ungurahui and Amazon Watch. The report found that Oxy’s contamination of the Achuar’s pristine rainforest environment has led to an epidemic of heavy metal poisoning, include lead and cadmium poisoning, among the Achuar. Other main findings of the report include:

• Oxy dumped over nine billion barrels of “formation waters,” a toxic oil byproduct, directly into rivers and streams used by the Achuar for drinking, bathing, washing, and fishing – an average of 850,000 barrels per day.
• Oxy used earthen pits, prohibited by U.S. standards, to store drilling fluids, crude oil, and crude by-products. These pits, dug directly into the ground, were open, unlined, and routinely overflowed onto the ground and into surface waters, leaching into the surrounding soil and groundwater.
• Oxy’s inadequate infrastructure and poor maintenance led to numerous oil spills directly into the environment. 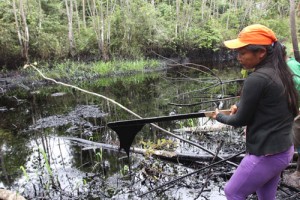 • Oxy violated several international rights norms – including several in the American Convention on Human Rights and the International Convention on Civil and Political Rights – in its actions on Achuar territory, including the right to life, the right to health, the right to a healthy environment, and indigenous people’s rights.
• Oxy violated Peru’s General Water Law and General Health Law, as well as environmental statutes meant to be applied in the hydrocarbon sector.

Until Gore comes clean about the systemic abuse Oxy perpetrated in Peru, his claims to expertise in Climate Change punditry carry no weight. The claim that technology advancements to come will be successful in mitigating bad behavior already perpetrated, is against all remnants of common sense.