Harvest Dreams is a 60 minute documentary which tells a touching story of farmers struggling to change from commodity agriculture to sustainable farming.

As the old ways yield to the new, John and Carmen Jarvis plan their retirement from a dairy and cattle business that was their life for almost 5 decades. Nash Huber works to secure a land base that will provide agricultural resources for the next 200 years.

The opinions contained in this video media are solely those of the interview subject (s), and in no way, form or shape represent the editorial opinions of film maker Robert Lundahl, or Freshwater Bay Pictures, LLC.
Read More…

Dialoguing with New Constituencies, Opening the Door to a Wider Conversation about Energy, the Environment and Culture, Critical Issues for our Future.

Editor’s Note: Robert Lundahl just sent this out to some of his associates in Southern California, but the essential message applies to all of us.

Many of you know me as an Emmy® Award winning filmmaker, and as a corporate communications innovator. Today I’m connecting with you as a friend, as a colleague, and as someone who cares deeply about our diminishing desert ecosystems.

END_OF_DOCUMENT_TOKEN_TO_BE_REPLACED

The Burden of Proof 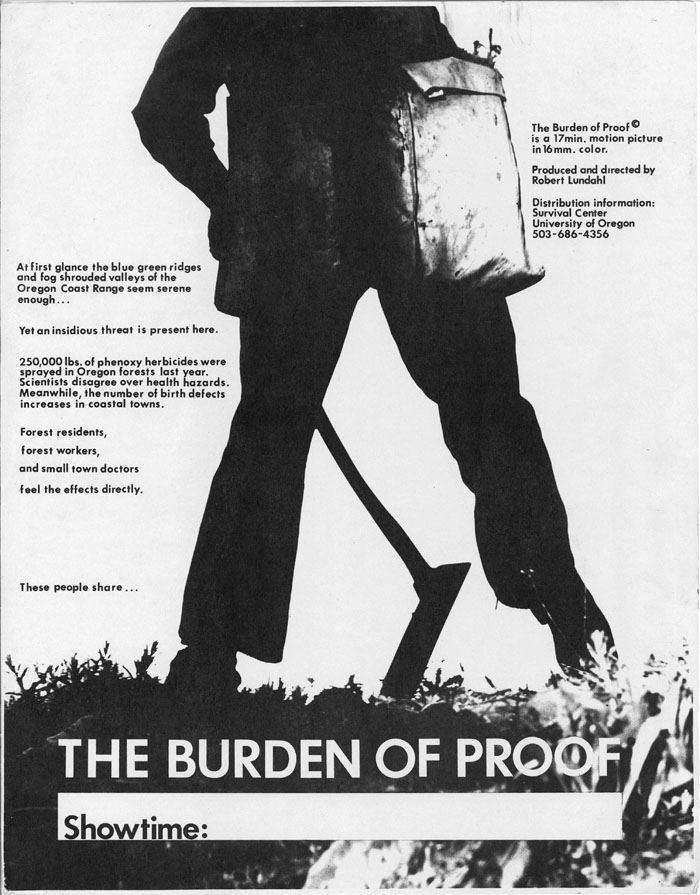 Ending Before the Beginning. Large Solar Bites the Dust in Blythe. (From May, 2012)

In October 2010, I was working with CAre, Californians for Renewable Energy on a project to prevent the siting of Large Utility Scale Solar Facilities on lands which were considered sacred to Native Americans. Six months earlier I had travelled to Blythe, California to meet Alfredo Figueroa, a long time activist, living legend and Californio/indigenous historian. Alfredo had studied these lands for 50 years, tracing his Yaqui, Chemehuevi heritage. We traveled to the Genesis Project Press Tour at Ford Dry Lake in February of 2010. There we met project representatives and those of the Bureau of Land Management who discussed what would be done and how the plant would be built.

Company representatives answered questions about water usage, energy production, native hiring and other topics. One recollection which stands out as meaningful is when company representatives became lost on the land using GPS coordinates. I reckoned their inexperience, or the “Fast Tracking” process approved by Sct. Interior Salazar was at fault. The latter would come into the light of truth as industry insiders validated in an interview in December 2010 that the project leases had been “let” from the BLM without specific vetting, then obtained by speculators including Goldman Sachs and developed quickly as “shovel ready” with the approval of an administration interested in creating “Green Jobs” despite their impacts to the environment and to people.

The immediate concern since meeting Sr. Figueroa was the Blythe Solar project sited by Solar Millennium and Chevron for an area 4 miles West of Blythe, California. My intention in writing this brief account is to detail the role media and outreach played in the shut down of these projects, and to be able to replicate that method in response to other poorly sited projects (which might be all or many of them in the Deserts of California as of 2012). Sr. Figueroa was raised in Blythe and was aware of the large geoglyphs there, visible from space, and popularized in the writings of Erich Von Daniken including “Chariots of the Gods.” Although one set of geoglyphs in the area, known as the Blythe Intaglios, are protected by the BLM, there are over 300 in the area which are not, and Solar Millennium wanted to build their project in an area in which there are several unprotected geo-glyphs on the project site itself.

CAre had the ambition to write a lawsuit on the matter in support of the organization which Alfredo and others had started, La Cuna de Aztlan Sacred Sites Protection Circle. The suit was a practiced document relying on variation from technical requirements in permitting. Because I had worked on Native American land use and treaty issues in researching documentary films previously, I recognized that the story of the Native American cultural impacts had not been told and was not represented in the suit. I had recognized in the Summer of 2010 that their was some misunderstanding among the tribes of the nature and power of Section 106 of the National Register of Historic Places, which mandates, “Government to Government” consultations in matters pertaining to the disposition of Native American cultural resources, such as geoglyphs, petroglyphs, rock alignments, cairns and other site specific constructions. Other laws including NAGRPA, the Native American Graves and Repatriation Act, would come into play along with AIRFA, the American Indian Religious Freedom Act. But I came to understand that it is Section 106 that has the power to stop a project like the 3 billion dollar Solar Millennium Blythe Solar, at 9500 acres, billed as the largest utility scale solar project in the world.

Here’s how it happened.

I had rewritten the lawsuit focusing on the closing argument. The plight of American tribes over time, from the”Trail of Tears” to the California Mission System and the later Gold Rush. The image of the gold rush stuck in my mind as the calamity which ensued is generally regarded as being genocidal to tribes and tribal peoples on several levels. As Sr. Figueroa points out (his relative was the Sonoran Miner and later Freedom Fighter Joaquin Murrieta). Murrieta had been in the Sierra at the near the town of Sonora, named for his and his family’s origins, when the 1848 boom ensued. In Sonora, Alta California, he was beaten, his wife raped and killed. Murrieta, his friends and family sought revenge against the men who were responsible. The story is a metaphor for the times as California miners, including Indians, indian villages, communities, and inhabitants were “overrun.” They were killed. Their streams were polluted with Mercury and heavy metals, and their ecosystem ravaged in ways that persist 150 years later as a poisoned environment. Looking at the proposed solar build-out, would it not be another Gold Rush, desecrating culture (according to C.E.C., California Energy Commission anthropologist Beverly Bastian, 17,000 Native American sacred sites would be destroyed), harming native people by preventing their access to sacred sites in perpetuity, by preventing their sacred and traditional practices, turning these remote and isolated sites into industrial zones. Industrial zones whose junk would likely remain long-term in what once had been a pristine “old growth” desert ecosystem, sinking as much carbon as a temperate forest or grassland ecosystem.

Therefore from the standpoint of the Public Relations model.

2. Gather more of it. The development communities do not care about history. They do not have the inclination because they do not have the time. The assumption is that the other side doesn’t know either, and it will never come up. So when we are able to recount history, including oral histories, it has meaning.

3. Speak with an authentic voice. The La Cuna Plaintiffs in suing 6 companies, the Bureau of Land Management and the Department of Energy in 2010/11, included the Reverend Ron Van Fleet, grandson of the last traditional chief (Hobelia) of the Mojave Nation, and Chemehuevi Elder Phillip Smith, one of the last to have been raised subsistence style in the desert, in an area which is now the Mojave National Preserve. When one of these individuals speaks, history is told. In speaking to the press, whether trade press or general, you need to speak with an authentic voice.

4. Use Video. And use video well because video is persuasive. We produce video and were able to release insightful and incisive arguments in documentary film format, like a feature news story, that is searchable by keywords, available globally, releasable overnight.

It is important to use the internet and to post content on websites, blogs, Facebook, reader comments and any other available forum and to do this constantly.

12.28.10 La Cuna lawsuit filed. The timing was a surprise over the holidays and came at a time when many groups and agencies had indicated they thought the projects were a “done deal.”12.28.10 Press Release with sarcastic overtones gets attention.

Failing of their own weight.

4/12 Robert consults on LA Times Story, Louis Sahagun, Genesis Project. “Problems cast shadows of doubt on solar project. The unexpected deaths of kit foxes and discovery of ancient human settlements threaten to delay or even cancel a $1-billion, 250-megawatt installation on federal land in the desert near Blythe.”

How has our collective consciousness been shaped by the media? Where do breakthrough insights come from? What provokes life’s wonderful “aha’s”? Why do we find the spontaneous convergence of certain forms, certain experiences, so aesthetically uplifting, so significant? Seeking spiritual nourishment in these roaring times of ferocious change, I ask such questions as I steer between the dislocations caused by too much fragmented information, proliferating technological complexities, the onslaught of commercial media, and the often static formulas of traditional religious guidance.

-Phillippe L. Gross, Forward to the book, “The Tao of Photography: Seeing Beyond Seeing.” 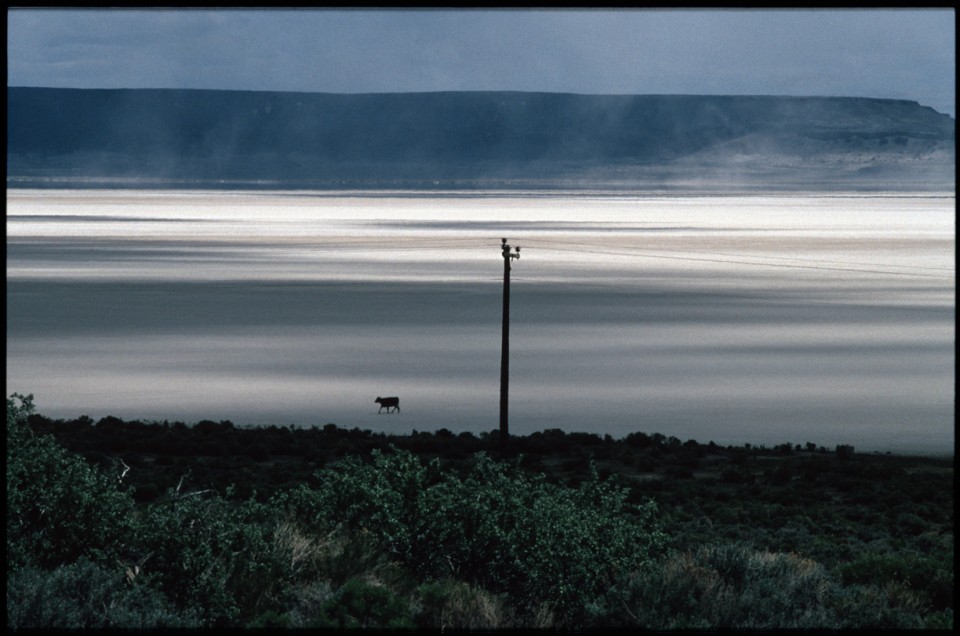