The 2015 Davos World Economic Forum http://www.weforum.org/ has provided an unusual global focus on climate change. It is unusual because of the way in which global awareness developed on the issue. Al Gore’s 2006 film, An Inconvenient Truth http://www.takepart.com/an-inconvenient-truth/film catalysed discussion but did so in a era pre-social media. It acted in a capacity as a “broadcast” rather than as a stimulator of participatory dialog. With it, the age of climate change denial became more virulent. Television meteorologists in particular confused weather with climate. 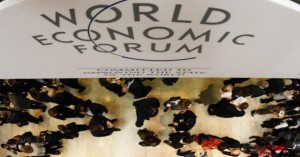 TV weather forecasters increasingly were taken to denying evidence that warming is affecting weather—or is even happening at all. Only 19 percent had accepted the established science that human activity was driving climate change, said a 2011 report by the George Mason University Center for Climate Change Communication, making TV meteorologists far more skeptical than the public at large. Here John Coleman debunks Climate Change on The Auto Channel.

Opposition had begun much earlier, however. A 1998 proposal (later posted online by Greenpeace) was circulated among U.S. opponents of a treaty to fight global warming, including both industry and conservative political groups, in an effort to influence public perception of the extent of the problem. Written by a public relations specialist for the American Petroleum Institute and then leaked to The New York Times, the memo described, in the article’s words, a plan “to recruit a cadre of scientists who share the industry’s views of climate science and to train them in public relations so they can help convince journalists, politicians and the public that the risk of global warming is too uncertain to justify controls on greenhouse gases.”

“Secrets in the Ice,” Video by Robert Lundahl, Scripps Institution of Oceanography.

Defeat of the Cap and Trade Bill in 2009 represented a crushing of the agenda of the American environmental movement, from which it has not yet recovered, and the great recession of 2008/9 bumped the issue down the list of perceived priorities. It is only now, at Davos, at the 2015 World Economic Forum, that Climate Change as resurfaced as a serious matter for consideration in the public policy arena.

This is evident, particularly in light of a myriad of articles flooding the European press, of which The Guardian, as a member, is an example. In their “Davos Diary” one such post reads, “Nobel Prize winner: We must communicate risks of climate change.” Though hardly a statement of Earth shattering relevation, the recognition by the worlds’ business leaders and elite, that climate change is now acceptable dinner table conversation is relevatory within the context.

Following years of information dominance by the sexual proclivities of Dominic Strauss-Kahn, the necessity and expense of a Greek “Bailout”, followed by war in the Ukraine, we might even say Davos 2015 represents a moment of business and global leadership[ coming to their senses.

First to consciousness was Lord Stern. In “Davos 2015: climate change makes a comeback” The Guardian writes, “Stern is important because as a respected economist he talks a language that business understands. The message he delivered is pretty simple: burning fossil fuels may seem like the cheapest-cost option, but it isn’t. For a start, the cost of renewable energy is coming down fast, by a factor of 10 since Stern produced his seminal report on climate change in 2006. That same period has seen oil prices yo-yo between almost $150 (£99) a barrel and below $40 a barrel. Renewable energy prices are heading in only one direction: downwards. Oil and gas prices are volatile, making it hard for businesses to plan.

Stern’s broader point is that tackling climate change will lead to better growth. Not necessarily higher growth (although it might) but better growth, with less stress from sitting in traffic jams — and cleaner air means fewer deaths from respiratory diseases.

The commonly held belief, is that this is a bad time to be making the case for a different sort of energy policy, since falling oil prices make renewables relatively more expensive. Stern doesn’t agree. He says this is a good time to think about carbon taxes and removing energy subsidies, because the higher costs that will result for consumers and businesses will be offset by the falling price of crude.

This call for a carbon tax represents the first significant strategic push for carbon-reform since 2009, and Lord Stern identifies a sweet deal for business as a result of the timing. Implicit is the assumption (not new) that such a tax is inevitable given the now accepted irreversibility of climate change projections and the discrediting, over the years, of climate change deniers, by virtue of exposure of ties to the fossil fuels industry.

But it was World Bank President, Jim Yong Kim, who seemed to place the debate “front and center” at the global conclave, calling for a price on carbon, requiring companies to disclose their climate risk exposure, and for greater investment in green bonds in the fight against climate change. According to the World Bank website, “The forum starts off a busy year for climate action as leaders in government, business, and finance aim for an international climate agreement in 2015.” Quoting Kim, “Now is the time to act for future generations before it is too late.” 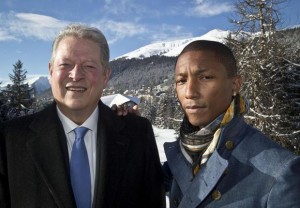 While this rhetoric is familiar given past history with the 1997 Kyoto Summit and Protocols (wounds of that earlier era, divisions between North and South, developed and undeveloped countries, remained and festered), the moment seems beyond mere rhetoric, and calls to action more genuine. The mechanisms of taxation and the sale of green bonds proposed — presumably more equinanimous.

From the World Bank website: “In corporate boardrooms and the offices of CEOs, climate change is a real and present danger. It threatens to disrupt the water supplies and supply chains of companies as diverse as Coca-Cola and ExxonMobil. Rising sea levels and more intense storms put their infrastructure at risk, and the costs will only get worse.

CEOs know this. They also know there is opportunity in how they respond. But while there are stand-out leaders, many others are holding back until they have more certainty about what governments will do.”

French President François Hollande addressed the previous grievances over historic responsibility for climate change in calling for “huge investments” in green technology to fight global warming and poverty. Talks are slated for December in Paris to set a legally binding climate pact focused on carbon emissions cuts from 2020.

His nation is spending the year trying to persuade more than 190 countries to set aside differences over historical responsibility for greenhouse gas emissions levels and who should pay to produce a binding accord to limit industrial emissions of carbon dioxide and other heat-trapping gases.

With governments on board and businesses reassured, the announcement by Al Gore and Pharrel Williams of Live Earth concerts on 7 continents including Antarctica is addressed to the public mindset, but the difficult work of setting the wheels in motion is being accomplished at Davos by governments and business leaders.