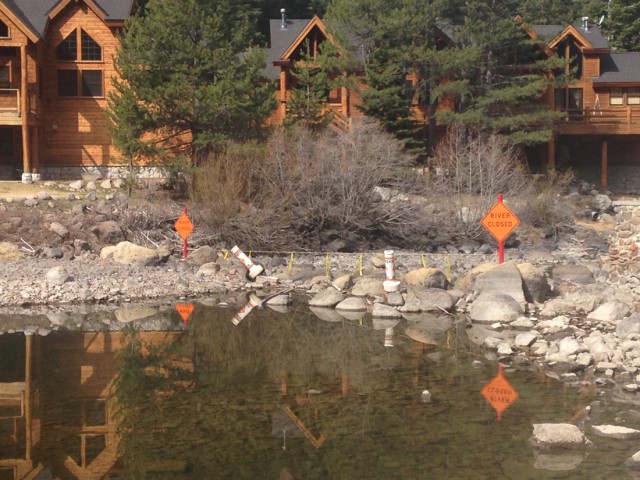 “Today we are standing on dry grass where there should be five feet of snow,” he said. This is the fourth year of California’s drought. The conversation has become background noise in a state otherwise preoccupied by all the news unfit to print, including the headline from today’s SF Gate “Twenty Things You’ll Miss When You Move From the Bay Area.” Presumably California citizens will be moving from here because they have no water.

ECOreport has had its finger on the pulse of this issue for quite some time. Now we’re working to identify key topics for communicating the importance of maintaining the Sacramento River Delta and San Francisco Bay in an ecologically functional state. It is the largest wetland estuary in the Western Hemisphere.

Though the state’s residents may not have it on their radar, water supports fish, including salmon, tribal communities, family farms, agriculture, recreation, culinary arts and businesses, hospitality, washing and cooling functions for industries like biotech and computer chip manufacture. Water is life.

Without water, our salads may triple in cost. Our showers may become shorter or non-existent. Priorities may be enacted favoring one water user over another. How will this impact cities, communities, and our lives?

ECOreport corespondent Dave Howard traveled to Lake Tahoe yesterday, ostensibly for a ski trip, with his two boys. Upon arrival at North Star, a ski resort that manufactures snow, they found only one run operational and “everyone was on it.” The photo Dave took would give pause to the word “operational” because dry spots or muddly holes seemed to be more prevalent than snow.

As a native Californian, Dave’s report holds special meaning. The photos he took from Fanny Bridge, at the headwaters of the Truckee river, show puddles sustaining large Rainbow and other species of trout for which tourists have come to have affection. Downstream, water under the Virginia Street Bridge in Reno may well be shortly non-existent.

The drying of the West is a catastrophe impacting millions of Americans http://ngm.nationalgeographic.com/2008/02/drying-west/kunzig-text.

The reliance of secondary and tertiary water supplies for large cities like San Francisco, places the state’s businesses in jeopardy.

The ECOreport is not just raising alarm on this key issue by publishing facts and stories from our individual contributors, it hopes to be raising wisdom as speculative development schemes benefiting minority stakeholders also demand water, water based on wishes not needs.

Lets start a debate in California about the allocation of water resources, how they can be protected, augmented, and how critical resources, food supplies, cultures and communities can remain healthy as we meet our needs together.

Wake up California, this problem isn’t going away.