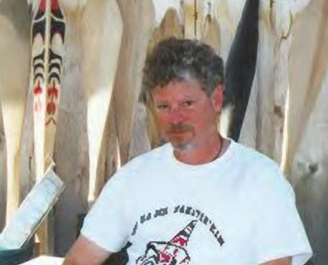 You don’t need a $150,000 website that’s going to be obsolete in six months,” Lundahl says emphatically. “At The ECOreport we have a simple, ubiquitous, yet powerful web tool called WordPress 14. It’s ‘open source’ and has been created by thousands of coders around the world.”

“Scott McNealy used to say, the best way to know the future is to create it.”

“Credible original content is the foundation. A platform based on credibility is effective in getting new ideas out there, he says.”

“We’re building a business on top of it. That’s what McNealy meant. The ECOreport is creating the future.”

“We are re-inventing traditional journalism on the web. What Arianna Huffington thought had no value, turns out to be the most valuable thing our society has. Thinking; connecting the dots; reaching out to people; informing; educating; entertaining; being serious about them.” 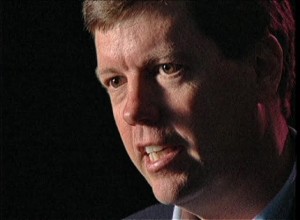 The first wave of internet publishing did not put a strong premium on original content. Changes to Google’s search algorithm, first released in 2011, which was called Panda, lowered the rankings of “low-quality sites” or “thin sites”, and return higher-quality sites near the top of the search results. CNET reported a rise in the rankings of news websites, and a drop in rankings for sites containing a lot of advertising. Blogs that commonly reprint have advised their staffs to “try to add two or three lines of original material to keep the search engine rankings up.”

Lundahl intones, “It’s a joke, we’re not looking for someone to pat us on the back and say, ‘hey great.’ What’s going to happen is they’re going to go ‘I see.’ The change is going to be subtle and simple, because it’s going to work, because it already does work.”

“I connect with John Gage on the phone. John looks at The ECOreport. He pulls it open and says, ‘Oh yes. Yes, I see.’ He is very complimentary. He instantly sees it isn’t a blog that just reprints press releases. It’s the stories that bring it all to life.” 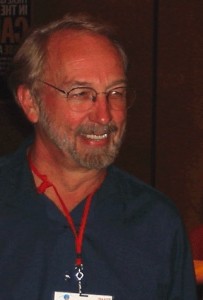 Prior to founding The ECOreport, this reporter used to pen features and news stories for community papers. I would simplify issues and write articles that are around 500 words in length. I brought that style to The ECOreport.

“That’s where people are right now, it’s perfect. All this stuff just keeps evolving. Roy may not have fully realized he was already where the media revolution was going,” said Lundahl. “At The ECOreport we try to reprint less than 50%, that’s greater that 50% original storytelling. So we’re starting from a higher vantage point. We know our industries and our topics of interest and are experts in them. That’s the value of The ECOreport to sponsors, investors and readers. And what we write matters around the world.”

“The next thing you know,” Lundahl says, you’ve got a real media revolution on your hands. Things just happen overnight, like BOOM!”

I was the editor of a San Diego website in 2013. I actually live in British Columbia. When I started The ECOreport, it seemed only natural to cover the entire West Coast. This grew to incorporate two larger perspectives: North America and the World. Some of the best models of the renewable revolution are in Europe, especially Germany and Denmark.

I met Robert through his film Who Are My People?, which helped shape my perception of the damages done by large scale solar projects in the Mojave desert. He is very perceptive and insightful. Given the extent of his experience in fields ranging from technology to the environment and culture, for three decades, I believe he will take The ECOreport to another level. We formed a partnership in February.

Lundahl continues, “The world has become more granular. The potential fallacy is if you are not communicating directly, with people, you are not communicating. Let’s say you have a campaign for a candidate, and you do a radio interview and then a billboard. In the time it takes to listen to the radio interview, people around the world are already talking about you on-line. The conversation may change a hundred times before the billboard ever goes up.”

“Individuals make a difference. The ECOreport communicates through traditional journalism and branded channels. Companies like to control the message, but now you can’t. Anyone anywhere can know anything about your company.”

“Value and relevance are ‘in the moment’ and ‘ongoing’ interpretations that are produced in the minds of customers, thought leaders, partners and the public. The only recourse is to lead. That’s where the ‘branded channels’ come in. If life were a dinner party, start the conversation and direct it, taking account of what other people say, but don’t step on their best lines. Answer with wit and charm and grace and move forward. Lead the conversation with useful information and provide help to the other ‘guests’ in framing the issues, understanding the context and how we all fit in.”

“The value of The ECOreport is to communicate with people, rationally and emotionally, and to influence them to take action.”