The “Hero’s Journey” is the common template of a broad category of tales that involve a hero going on an adventure, and in a decisive crisis wins a victory, then comes home changed or transformed.

In this case study from Sun Microsystems, “Digital Journey” positioned the company against large competitors like IBM, extending the Sun and Java brands. With the emergence of distributed computing infrastructure, the centralized administration and proprietary, top-down IT promoted by the large competitors had become increasingly anachronistic. Digital Journey was the antidote, an invitation to a conversation about distributed computing infrastructure and its benefits.

The Journey Archetype is the basis for Sun Microsystems’ Digital Journey: Stories from a Networked Planet. A series of 39 short films for Public Television stations in the US, Canada (via TVO), and China (via CCTV), the series struck a chord with viewers.

Here we help the audience “transform” through “experience” via an “intelligent branding” model.

The series is filmed “From Shanghai to Curitiba,” around the globe.

Digital Journey, KCSM. Over 4000 airings in over 80 markets/cities. Sun Microsystems. 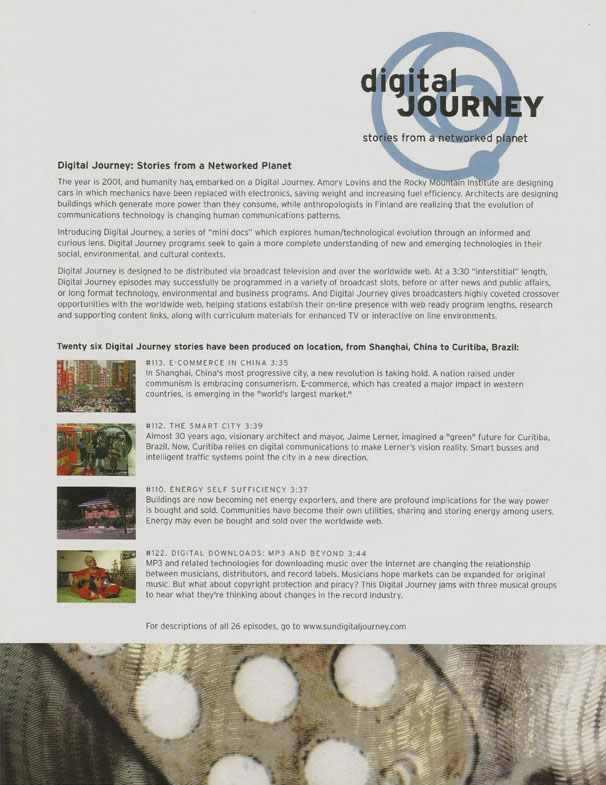 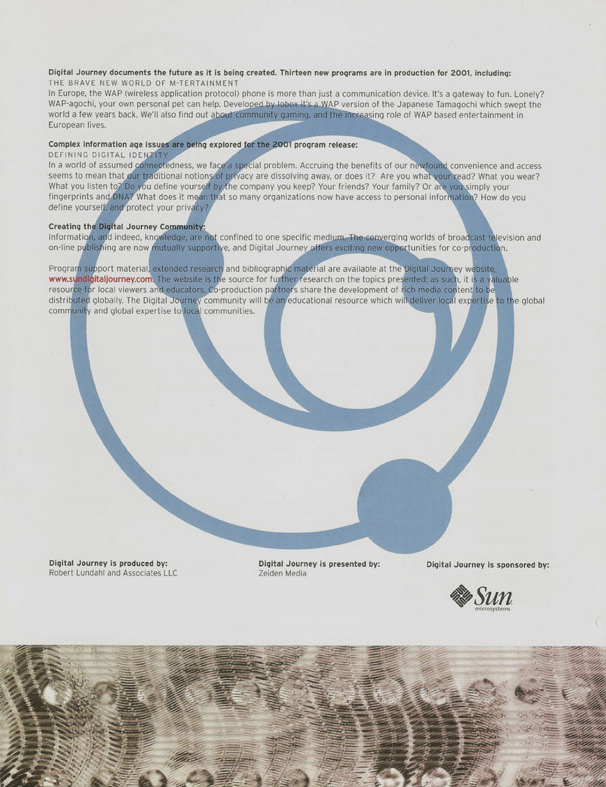 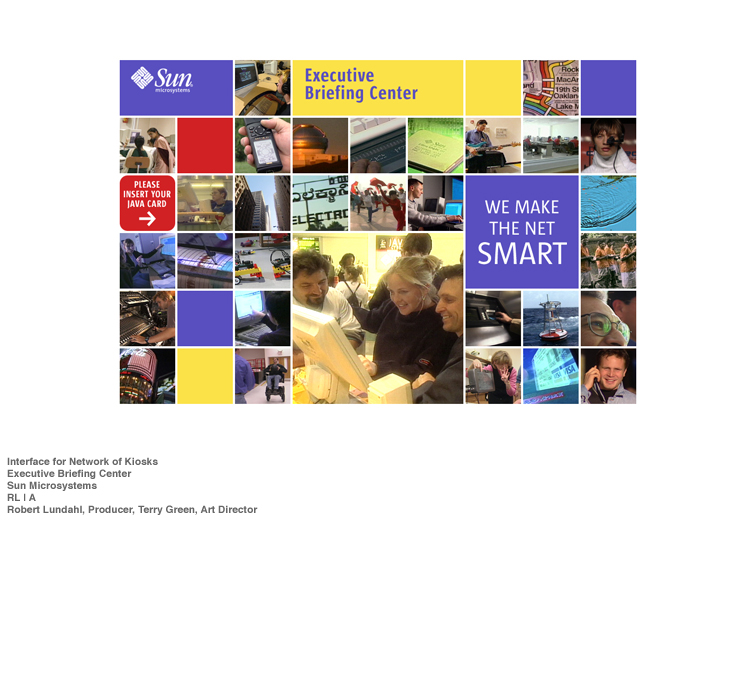