“Who Are My People?”
Reviewed by Delores Broten
Web Exclusive 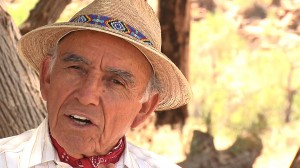 Alfredo Figueroa, from “Who Are My People?” Documentary Film by Robert Lundahl. PHOTO : LUNDAHL

Filmmaker Robert Lundahl’s “Who Are My People?” (53 min., 2014) tells the unusual but sadly familiar story of the conflict over the land between First Nations and development, between well-meaning environmental values and precious indigenous knowledge. In this case the tribal peoples are Quechan, Kumeyaay, Yaqui, and Chemehuevi, among others, trying to protect the sacred sites of their homelands in the deserts of the USA from solar and wind power development.

In the Mojave desert the scale is enormous. Between 200 and 250 solar and wind electricity projects are being planned, with disruption of the ecology on a massive scale. But in those millions of acres of desert are at least 17,000 geogylphs, sacred sites, and artifacts, which the indigenous people say keep the story of their land and their creation views intact.

The gold rush in the desert is fuelled by generous “fast track stimulus money” from the Obama government to promote alternative energy — 30% of cost and government loan guarantees. Even so, some companies have already gone bankrupt but not after ploughing roads and construction through ancient rock paintings of a massive scale.

The geoglyphs were formed by moving the black rock from the surface of the desert to expose the white underneath, making creatures, patterns, and maps of the cosmology. The amount of effort involved in moving all those stones is hard to imagine and it is equally hard to understand why the geogylphs would not be honoured as the amazing relicts they are. The indigenous people, however, remember the American residential schools, and consider the destruction of their homeland for industrial power as just another step toward destruction of their culture.

The takeaway lessons are many: the land is not empty; the desert too is a land of beauty; it and its creatures are a part of Mother Earth beloved by its people; and, most importantly, bigger is not better.

The tragedy is also familiar. Those enormous alternative energy projects, causing so much anguish, are rapidly becoming obsolete as solar roofing and small scale alternatives are implemented in the cities where the power is required. 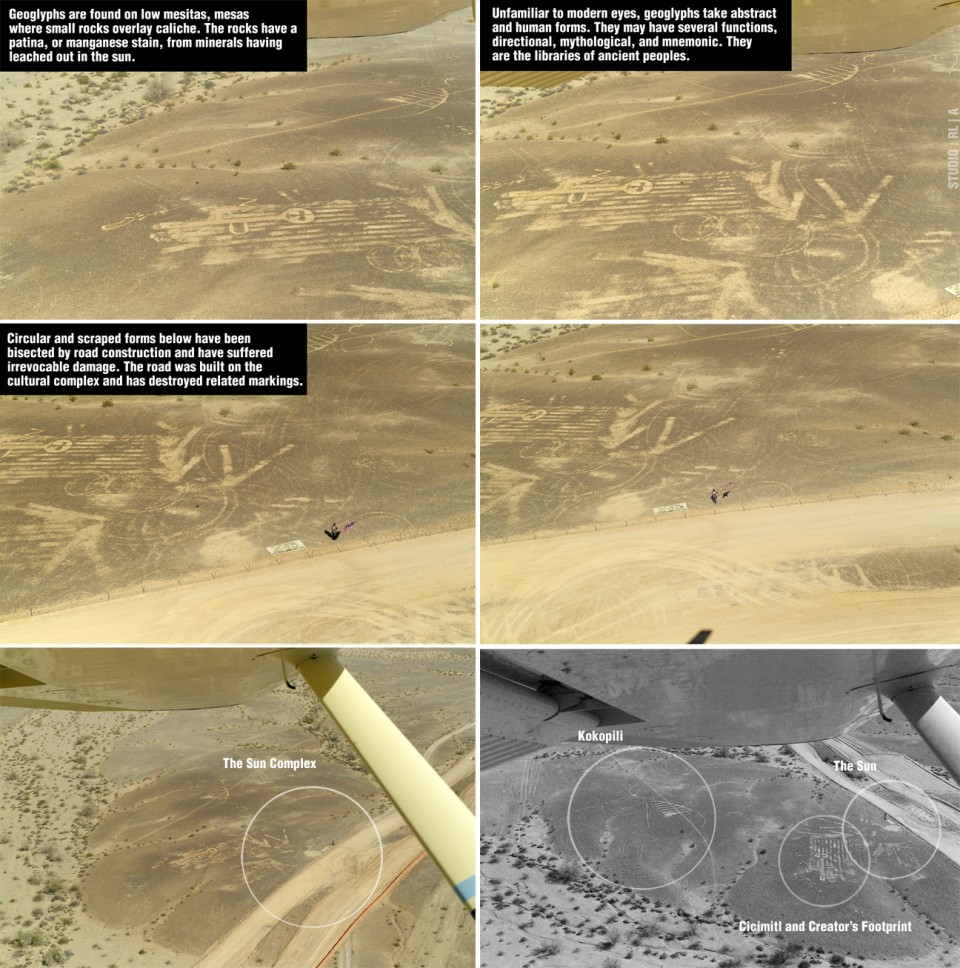