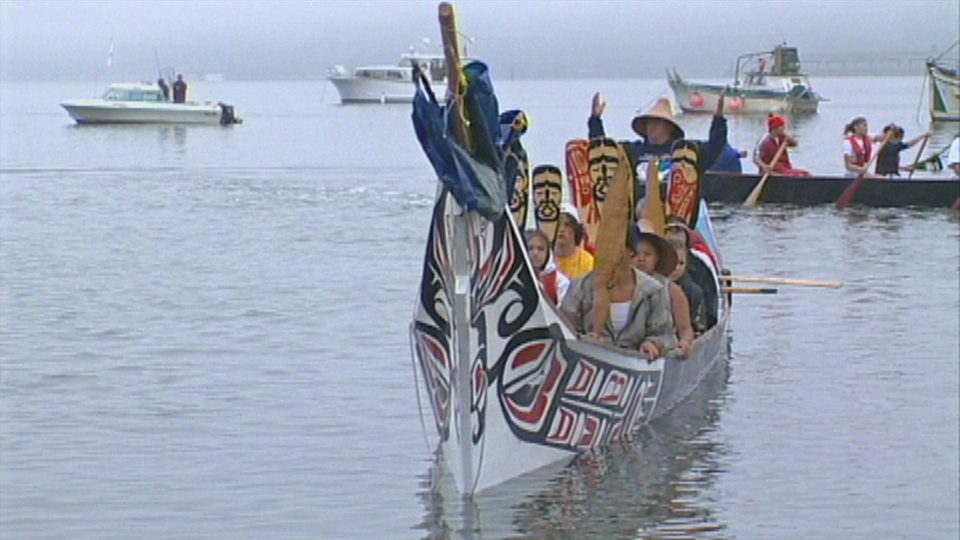 Born in 1858, Franz Boas became known as the father of American Anthropology.

My studies had been in Communications and Cinema and I had embarked on a career in Corporate Communications and Marketing. I had the good fortune to manage one of the first corporate video departments and won many awards. But an unsettled feeling washed over me in the occasional board room, under fluorescent lights, walking down a long hallway.

I remembered my first job out of college working on fishing films, for an outfit out of Florida, traveling to Alaska with celebrities and fighting raging currents and drifting brown bears, rolling film while some guy hauled a huge Rainbow out of an Alaskan pool, on a remote creek somewhere out in the tundra.

Was my career destined to turn my skin green, and my lips pale? I needed a breath of fresh air and my first instinct was to go back to school to obtain a Masters in Anthropology. In preparation, of course, I read a ton of books.

Claude Levi Strauss was a favorite, Margaret Mead, and all versions of the trade, from Lewis Hines’ photographs of immigrant factory workers (he was generally regarded as a Sociologist) to the Honey Hunters of Nepal.

But the influence and longevity of Boas and his ideas shaped the modern world and so inspired me that I never enrolled in that Master’s program. Boas rejected the then popular approach to the study of culture, which institutionalized the vision that all societies progress through a set of hierarchies or technological and cultural stages, with Western European culture at the summit.

Boas substituted the way the world generally looks at things today, Cultural Relativism, meaning that culture is a way of existing in and of a given set of circumstances and needs, with the means available. For Boas the purpose of anthropology was to understand the ways in which culture conditions people to understand and interact with the world. And so I decided to delve into field work with a project film, a first documentary on a subject deep and rapid, like the river running clear and cold down the valley to the ancient places and villages of the Coast Salish. Boas had studied the Southern Kwakaiutl or Kwakwaka’wakw, distant neighbors up the coast.

Boas had noted following early scholarship on Baffin Island among the Inuit, that what we perceive as culture is experience based. I recognized a connection between the filmmaking process and the ever adaptive Coast Salish being that culture in all forms happens in real time, according to a shared perception of structure or nature. And I could then reflect back to the boardrooms, on the structure of the ongoing adaptation to environmental/contextual circumstances. As it happened, the film camera became the note pad.

What can we learn, then, from making films? What is it another culture can make visible to our own?

What we learn from making films is the exploration of an active hypothesis – we learn a methodology rooted in observation that cuts through the rhetoric. We learn to learn.

Likewise what another culture can make visible to our own, no matter which ours may be, is the same.

This is different than “making a video” or managing a campaign. Learning to learn is a pre-requisite to effective executive decision making, management, and gaining real world feedback. Filmmaking is one means of providing that feedback, from customers, localized communities, and in light of cultural conditioning that can be absent from the daily reckonings.