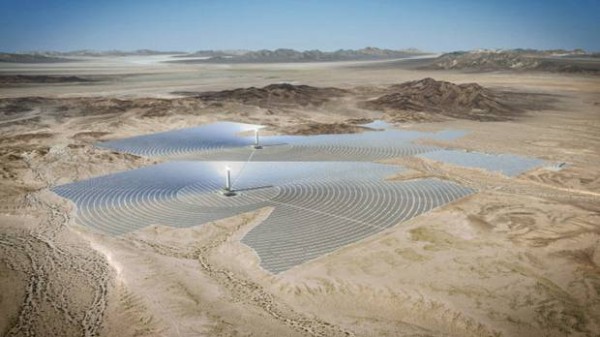 While The Mojave, of Hokan speaking peoples, trace the creation of the universe to this place, in the tradition of Uto-Aztecan peoples, the Mule Mountains display the image of a sleeping female giant, or Amazon, according to Chemehuevi Cultural Monitor and La Cuna Sacred Sites Protection Circle founder Alfredo Acosta Figueroa. Figueroa himself, a descendant of Early California Governor José Figueroa, Mexican territorial Governor of Alta California from 1832 to 1836, describes, “The Mule Mountains also represent the ‘Giant,’ ‘Calafia,’ with which the state name is associated. When looking West from the Palo Verde Valley, her image is seen as a profile in the shape of the Mountain ridges.”

La Cuna de Aztlán Sacred Sites Protection Circle rejects the proposal to create the Rio Mesa Solar Project at the Mule Mountains location for these and many other reasons. A copy of “Letter of opposition: Bureau of Land Management Proposed Rio-Mesa Gen-Tie Project Public Scoping Meeting Comment” is available upon request