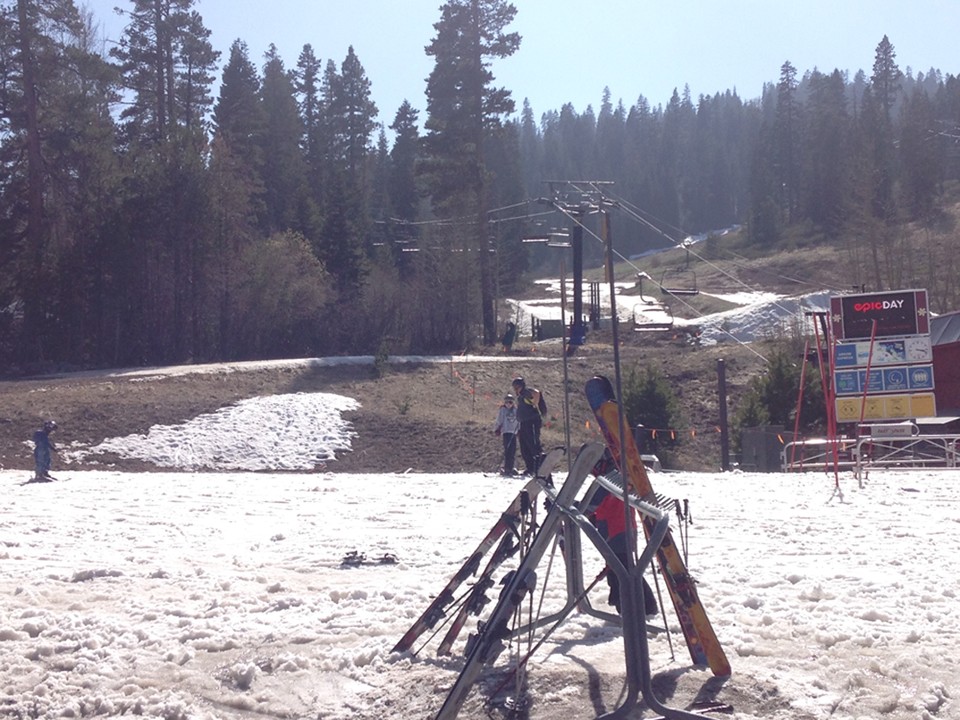 California’s water situation is beyond an emergency, according to Healdsburg resident Dave Howard. He and his sons returned from a “ski trip” in Northern California.

“The peaks are as bald as they normally are in August! Where’s the snow pack that’s supposed to be providing us water all summer? It’s zero folks. There is nothing there,” he said. 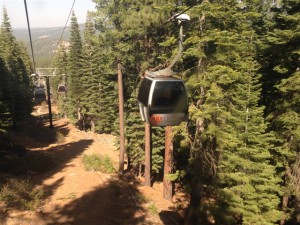 They proceeded on to Northstar ski resort. On a normal year there are more than a hundred runs. The temperatures are low enough and Northstar is making it’s own snow. Dave dropped his sons off, to go ahead.

“They did one run, then called me and said, ‘Dad we’re done. This is stupid. There is only one run worth doing and everyone is on it. This is not even worth spending any time on,” said Dave.

He added, “Northstar is scraping for their lives. Where’s their Spring skiing? It doesn’t exist. There in March, they’ve had a bad season already and its not going to get any better. There’s no hope on the horizon for those guys.”

Co-incidentally, Governor Jerry Brown issued a press release stating,”Today we are standing on dry grass where there should be five feet of snow. This historic drought demands unprecedented action. Therefore, I’m issuing an executive order mandating substantial water reductions across our state. As Californians, we must pull together and save water in every way possible.”

Cities and towns across California are to reduce their water usage by 25%. This is expected “to save approximately 1.5 million acre-feet of water over the next nine months, or nearly as much as is currently in Lake Oroville.”

“To save more water now, the order will also:

“We were all stunned. We didn’t know it was like this and I don’t think a lot of people do,” said Dave. “It wonderful to hear the Governor announce this 25% thing, but where were we all last month? Or two months ago? Or three moths ago? It seems a little too late right now.”

Governor Brown is not dealing with real issues, according to Barbara Barrigan-Parrilla, executive director of Restore the Delta.

Dave Howard knew about the controversy, but doubts many of his neighbors do.

“It’s not even a topic of discussion,” he said. “We’re still buying lettuce that’s reasonably priced. Wait until the price quintuples and you can’t take a shower. Then people will say forget these farmers and forget these (endangered) smelt. I want the fricking water here.”

The Howard’s trip was disheartening. One of the pictures he brought back shows his sons bicycling at Kings beach. His youngest son is on sand that is normally about four underwater.

Photo Credit: The Head of the Lower Truckee taken from Fanny Bridge in Tahoe City by Dave Howard[/caption]

They proceeded to Fanny bridge, at the head of the Lower Truckee River in Lake Tahoe.

“They call it Fanny bridge because there are these beautiful trout at the area that’s usually dammed off there. You always see people’s butts because their leaning over looking at these gorgeous trout. This is the beginning of the Lower Truckee river only, well, there is no river,” said Dave.

“The fish on the other side are sitting in this rather gray brackish looking water. It’s normally very fresh and vibrant with lots of oxygen because beautiful lake Tahoe is flowing in; it’s kind of pristine. Right now it looks like a grunge pond. There can’t be much oxygen right now and there can’t be much hope for these fish. They’re probably going to have to just remove them to save their lives.”

There are river closed signs on the river, five miles downstream.

“This is where we used to shoot rapids and end up in the pool at the front of this shot, where you see the reflection of those cabins. You can see the normal water line up at those rocks. Those dry looking bushes are usually under water.”

Howard says they intended to spend the night at Lake Tahoe, but it was too depressing. They aren’t coming back until the lake is full again. It’s not a fun place to be.

“Here’s the thing: in Healdsburg we had this huge storm in December, that flooded the downtown. My youngest kid was kayaking in the Safeway parking lot. The AP guys were there and the Reuters guys and the story was showing up in Le Figaro in France as this funny kid who was kayaking in the parking lot of Safeway. All the vineyard ponds filled up to max; the wells were filled. So everyone thought hallelujah, the drought is over!”

“But that water just goes out the Russian River and into the ocean. It didn’t dump any snow in the mountains and that is what we depend on as our source of water for showers and drinking.”

As he drove through Nevada City, on the way home, Dave saw a woman hosing down the sidewalk outside of her business.

“She’s hosing down everything: the sidewalk, gutter, trying to blow weeds out of little cracks,” said Dave. “People haven’t gotten it. We’re running out of water.”

Photo at Top of Page: Early Spring Skiing at Northstar by Dave Howard