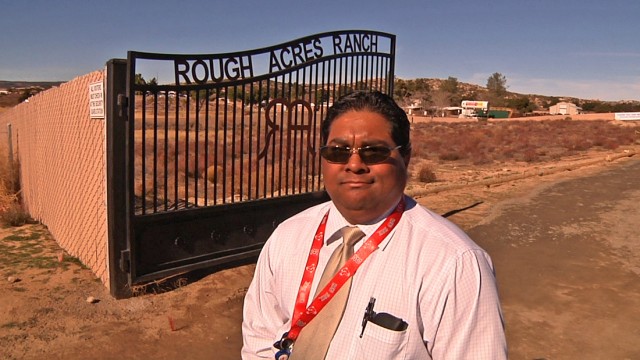 Roy L Hales is the founder of the environmental journalism web platform, The ECOreport.com. He has interviewed hundreds of environmental leaders in Government, Business, and Non-Profit spheres.

He likes to get a picture also of what journalists are saying, and so he researches the field itself. Here, Roy shares his thoughts about industrial renewable energy facilities and their impacts in the Mojave Desert and beyond.

“One of the reasons I think it is a ‘bus out of control’ is that when I have interviewed government officials in Canada and the United States, they have said ‘I know better than to have a personal opinion.’ They seem to not be able to speak beyond their own ‘box,’ meaning, they are given an area to look after, with strict guidelines of what they’re supposed to do, and they don’t look beyond that.”

Roy has two examples. In an interview with Sarah Kiley, Communications Officer for the National Energy Board in Canada, pertaining to the Trans Mountain Pipeline, which Kinder Morgan, a US oil services company, wants to triple in size, bringing bitumen from the oil sands of Alberta to the ports on the coast, and which the cities of Vancouver and Burnaby oppose, Ms. Kiley could not answer the most important question of all,” Hales recounts.

Hales explains, “Ms. Kiley described the question about public acceptance as ‘politics.’ She said the National Energy Board just deals with science” — whether the pipeline will work. That’s like saying the bus that just ran over you is ‘science,’ and your accident is ‘politics.” 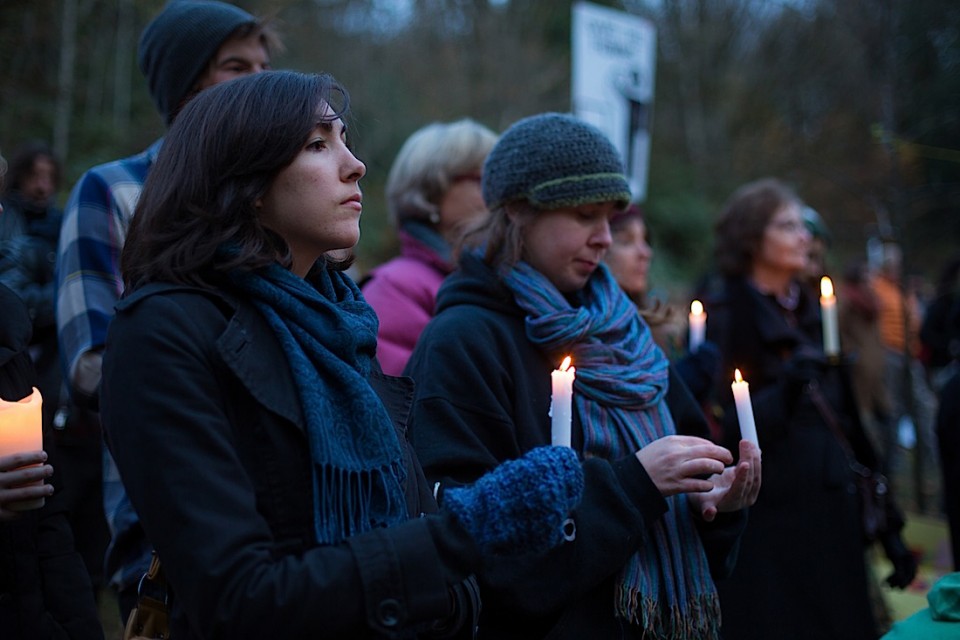 Hales describes another interview, one where the official requested anonymity. “What is happening in British Columbia is identical to what’s happening in Blythe, in the deserts of California, where large power tower concentrating solar plants have destroyed Native American antiquities. In speaking with this unnamed federal official, the official agreed to be interviewed, provided I did not reveal his name, nor record the actual conversation, which left me paraphrasing him, of course.

The official stated the Native Americans were doing very well in opposition, that he respects Alfredo Figueroa, activist, and subject of Robert Lundahl’s new documentary film, “Who Are My People?”, and he learns something from Sr. Figueroa every time he talks to him.”

The film features scenes from Boulevard, California, during protests at Rough Acres Ranch, site of the groundbreaking for Sunrise Powerlink in 2010. Speculation at the time was that the true intention of Sunrise Powerlink was not to bring renewable energy from Solar facilities like Imperial II (which was stopped by lawsuit from the Quechan Tribe), but from natural gas plants to be built over the border in Mexico.

In the years since, concentrating solar facilities like Ivanpah have come to rely on natural gas support. As is the case with the Trans Mountain pipeline, the threat to the interests of Native Americans comes from the fossil fuels industry, renewable energy being a “smoke screen.” As Kermit said, “It’s hard being green.”

Hales continues, “This senior Bureau of Land Management official, who deals with desert lands including the Blythe area, and the McCoy Valley, said, ‘none of the work will come within 200 feet of a geoglyph’ and that these ancient artifacts would not be harmed. When I pointed out that many Native Americans see this all as part of a ‘sacred landscape,’ he could see the point.

The biggest question remained unanswered, however, ‘Why are we putting these solar plants here in the first place’. ‘Why are we building them on or around Native American antiquities that are thousands of years old, which can never be replaced?”

Many North Americans think these sites are like the Pyramids, ancient relics from a distant time, priceless, but unrelated to the life we lead in the 21st century. To Alfredo, and other Native peoples, they are holy. They are a part of a communion with The Creator. They’re sacred. They aren’t something from the past, they are ‘Now.”

What’s missing here is what Roy refers to as “social license,” a term most often used in Canada to express the public’s acceptance of a policy. As he says, “Social agreement, ‘We the People’ want this. Neither the people of British Columbia, nor the Native people around Blythe are being asked. Their opinions are irrelevant or are being treated as irrelevant.”

Things are different in the United Kingdom, where wind farms along the fragile coastlines have stirred opposition. Following, laws we’re enacted to provide villages and communities a say in the siting of wind facilities near communities. If a town or a region opposed, it would terminate the project. English villages have the “veto.”

But in the US and Canada, which we may think to be, arguably, more democratic. Democratic protections seem not to exist.

What’s wrong with that, an observer asks?

Are we just being idealistic?

If we let things like this just slip aside, we’ll lose the moment. The moment is right now. If we stand up and see justice done in the little things right now, we have the opportunity. It is an opportunity we’ve dreamed about for ages.

Do we want justice? Or do we want a society that is ruled by corporations and the powerful? Where we are just little cogs. That is the real battle that is going on. And every one of these battles seems to boil down to the same issue.