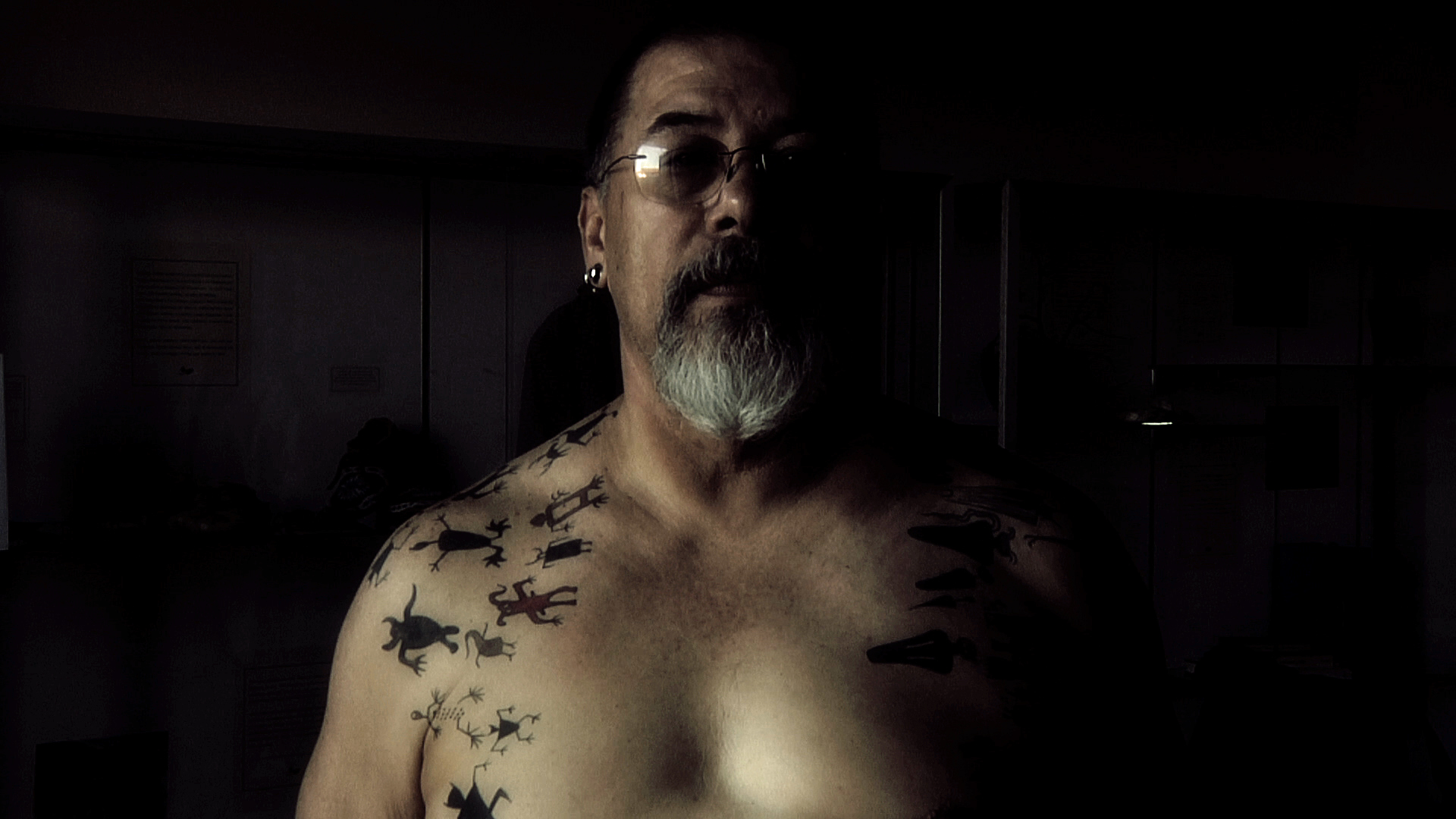 SOLANA BEACH, CA–Film Maker Robert Lundahl recalls his early trips to the desert as a child. One such memory helps the audience to think of the desert the way he does, as an “oasis surrounded by a battleground.”

That is how Lundahl’s latest feature documentary film, “Who Are My People?”, from RL | A, sees it too.

The controversy over the Obama Administration’s “green jobs” program, mired in the collapse of firms like Solyndra, which failed after being stuffed fat with cash grants and loan guarantees from the public coffers, rages on. And to the list of would be corporate raiders we now add Solar Millennium, the German Solar Giant, which met its match in a small group of Native American elders in the hottest desert on the planet.

“Hasty decisions allowing industrial solar and wind to be sited on sacred lands have been destructive to Native American communities. The federal government and the Bureau of Land Management get an ‘F’ in making renewable energy make sense,” says Lundahl. 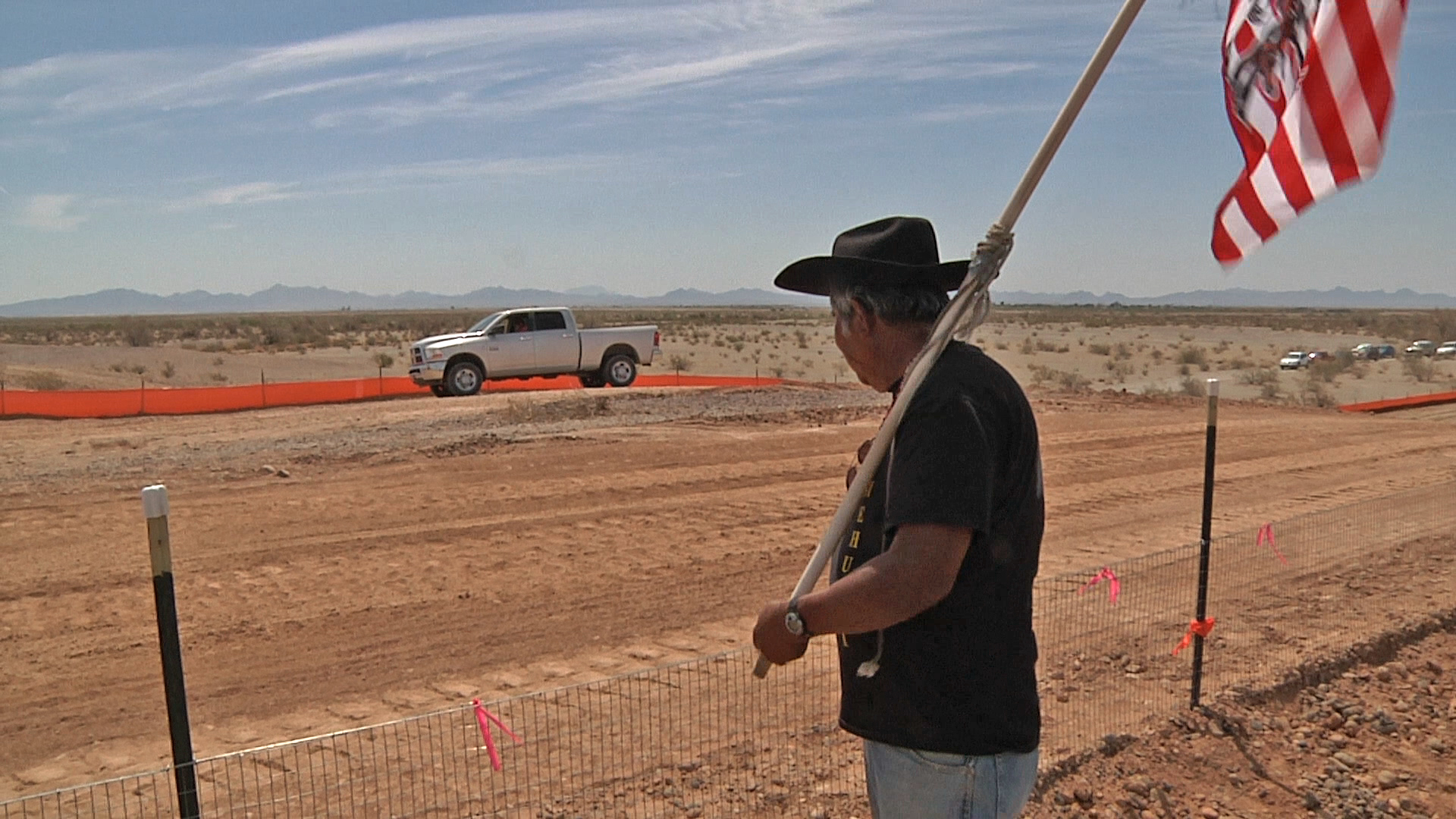 When the German firm Solar Millennium applied for a lease to build what then was called “the largest solar plant in the world,” it seemed like a pretty sweet deal: 30% cash government rebate up front, from the ARRA stimulus program meant for American workers, loan guarantees totaling another 4 or 5 billion, land leased at agricultural rates, or below, and the loving embrace of the Obama administration seeking to make good on a campaign promise. As the film points out neither the companies nor the agencies dug very deep, for if they had they might have recognized archeological sites worthy of World Heritage Site designation beneath their feet.

That’s the contention of La Cuna de Aztlan Sacred Sites Protection Circle founder Alfredo Figueroa. In this David vs. Goliath story, Figueroa mobilizes a small army of defenders, whose unlikely challenge to 15 billion dollars with of international investment, carries weight, contributing to the demise of Solar Millennium. Quechan/Kumeyaay elder Preston Arrow-weed weighs in with a solar plan of his own, one that relies on rooftop energy, not the big, industrial, remotely located plants La Cuna de Aztlan is fighting. 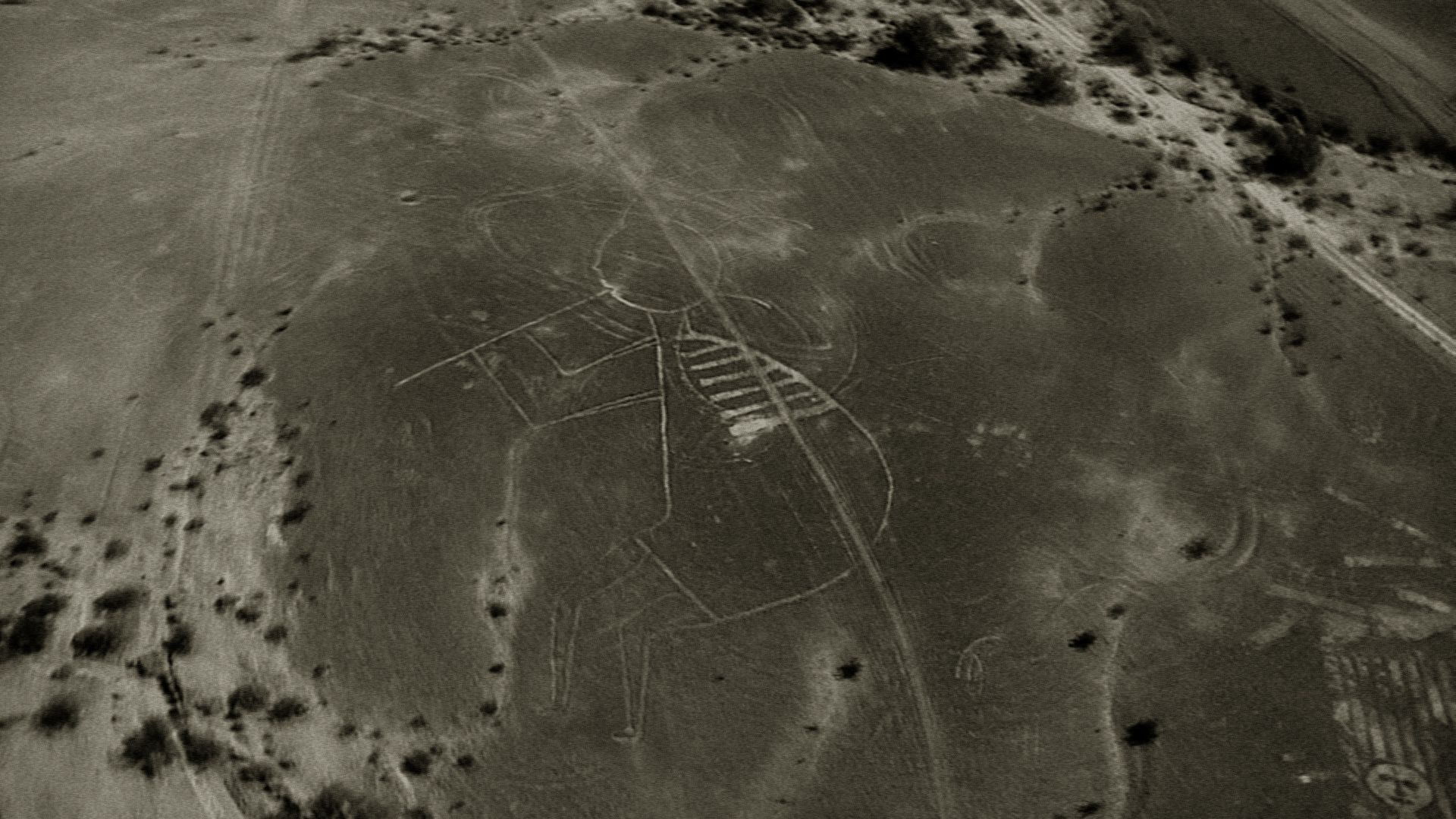 Lundahl is a documentary film maker whose work, from the edgy “Paydirt” about homebuilding on former military munitions sites, to the epic “Unconquering the Last Frontier” on Elwha River Restoration, inhabits a world of its own making. That the audience is brought into a WORLD, that they would otherwise not see, much less be immersed in, is undeniable. In this case, anthropology, politics and mayhem take time off to hear a story from Arrow-weed on Ishi and Jesus.

“Who Are My People?” never fails to entertain, while asking big questions about what we value and why, and getting its point across that Native American heritage is being treated like it’s “up for grabs.” The film features surprising new footage of exotic desert geo-glyphs. With Native American elders, Don Alfredo Figueroa (Yaqui/Chemehuevi), The Reverend Ron Van Fleet (Mohave Traditional Chief), Phil Smith (Chemehuevi), and Preston Arrow-weed (Quechan/Kumeyaay).

Lundahl continues, “In October 2010, I was working with CARE, Californians for Renewable Energy on a project to prevent the siting of Large Utility Scale solar facilities on lands which were considered sacred to Native Americans. Six months earlier I had traveled to Blythe, California to meet Alfredo Figueroa, a long time activist, living legend and Californio/indigenous historian.

We traveled to the Genesis Project Press Tour at Ford Dry Lake in January of 2010. There we met project representatives and those of the Bureau of Land Management who discussed what would be done and how the plant would be built.

When company representatives became lost on the land using GPS coordinates. I reckoned their inexperience, or the “Fast Tracking” process approved by Sct. Interior Salazar was at fault. Industry insiders confirmed that the project leases had been “let” from the BLM without specific vetting, then obtained by speculators including Goldman Sachs and developed quickly as “shovel ready” with the approval of an administration interested in creating “Green Jobs” despite their impacts to the environment and to people.”

Who Are My People?